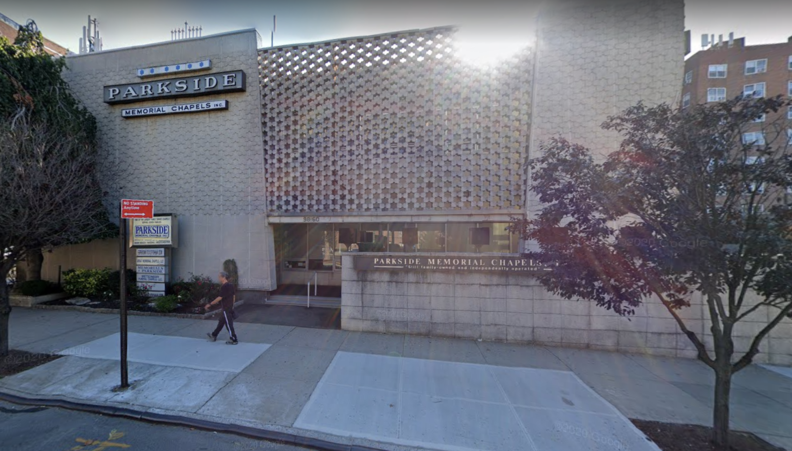 Rumors about the future of a Jewish funeral home in Queens have been laid to rest.

Parkside Memorial Chapel at 98-60 Queens Blvd. in Rego Park will become a 51-unit residential project spanning about 72,000 square feet, according to plans that owner David Matatov filed Tuesday with the city Department of Buildings.

The mixed-use development would stand 7 stories tall and include commercial and community space, along with 15 parking spots. JFA is the architect of record.

A firm linked to RB Realty Capital purchased the building from Parkside Memorial Chapels in July for slightly less than $11 million, property records show. The developer filed an application Wednesday to demolish the 2-story building, but the application has not been approved yet, and the demolition permit has not been issued, according to the DOB.

Parkside has multiple other locations in the city, including at 1700 Coney Island Ave. in Midwood, Brooklyn, and at 114-03 Queens Blvd. in Forest Hills, Queens, according to its website.

Representatives for RB Realty did not respond to a request for comment.

City Councilwoman Karen Koslowitz told the Queens Chronicle in February that the project planned to replace the funeral home would be an affordable-housing development for senior citizens. Her office did not respond to a request for comment on whether that is still in the works.

Why are these people so shy? Don't they want to help the housing insecure and retired senior citizens?

That place outlasted the people who it served in that area. Its over Johnny....ITS OVER!

More vacant commercial space - why - WHY??? Brick and mortar stores are dead!

Shame, that building is really nice. I hope they at least keep the facade.

>That place outlasted the people who it served in that area

Kinda creepy to live on the site of a funeral home....

The area has a Jewish population however the culture and rituals have changed.

7 stories and only 15 parking spots? Am I reading this correct?? Wtf??