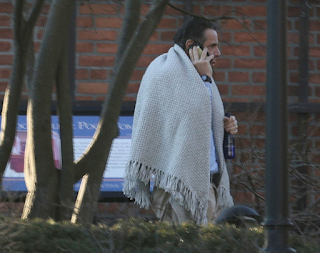 Gov. Andrew Cuomo has been missing in action as the state failed to release the vast majority of $2.6 billion in federal funds for tenants on the brink of eviction, the head of the emergency rental relief program testified Tuesday, just before the accused sexual harasser announced his resignation.

“I have not had conversations with the governor about this,” Michael Hein, commissioner of the New York State Office of Temporary and Disability Assistance, admitted to lawmakers at an Assembly hearing in Lower Manhattan.

Assemblyman Mike Lawler (R-Rockland County) had asked Hein when was the last time he’d spoken with Cuomo about the Emergency Rental Assistance Program passed by Congress in January.

That’s when Hein answered that he’d never spoken to the governor about the program. Instead he communicates with Cuomo’s deputies, Hein testified.

While Hein’s office has paid out $140 million to contractors to administer the program that’s beset with tech problems and only recently added a “save and resume” button to the lengthy online application, only $100 million has been distributed to tenants and landlords since June 1.

“I think what this shows is that the administration is incapable of administering this program,” Lawler fumed.

What do they mean "for tenants on the brink of eviction" HELL NO --they blow the $$ on booze, ATVs, Toys, $800 sneakers and stupid shit like they did the stimulus checks.
Its worse then giving $1500 cash to a child
These rent aid and federal stimulus funds need to go directly to the small home landlords who need to pay the taxes, water, heat. These small landlords are getting killed and depend on rent money to pay bills!!
Do landlords get moratorium on paying "taxes & water bills" on all the months this evection and rent moratorium has been in effect ?
I think the progressives & socialists are setting the dominos to force all these small private landlords on the Sec 8 program (loss of rights and all the bullshit that goes with it) if they ever want to get paid. That or lose the homes to somebody willing to take any tenant the city's department of human services, some social programs case worker, drug rehab or jail drops on the doorstep.

I wanted to shoot myself but Im now glad I sold the 3 family house in Ridgewood when I did, I think homeowners that rent are going to have nothing but "you must share if you have it" Scandinavian style socialist bullshit rammed down their throats at government gunpoint.
Or option 2:
Be forced to sell, into foreclosure or bankruptcy.
I think this was Bidon and local governments plan all the wile, Covid was magic bullet they needed to get the gears turning.

Oh nice sneaky SNEAKY "tax per mile" on private car ownership hidden in the 1500+ page infrastructure and budget resolution bill. Being rammed through when everybody's on vacatiom and summer plans.
You also cant own a car that cant be tracked, cant use an old car without a computer and wireless transponder as a primary vehicle!!!
https://www.ericpetersautos.com/2021/08/08/how-the-new-mileage-tax-will-get-your-old-car-off-the-road/

Big brother arrives bigtime with this summer infrastructure and budget resolution bill. Like Obamacare it needs to be passed before our representatives can read all of it.

Haa Haa
He likely out in the Shores of East Hampton (Amagansett) living it up with his rich Hollywood friends. His brother, Half of CNN, NBC, all the Baldwin brothers, and Hollywood are is his neighbors in the "private area" south of the LIRR tracks.
He had a blond girlfriend out there named Sara Lee or something, She was blond, tall
East Hampton town,--that Illegal and Irish immigrant packed shithole of restaurant services workers. Not one person speaking comprehendible English in any Supermarket or 7-11
I rather one of Pappa Julio's backyard tents and complementary huge croft of Sangria in Corona.