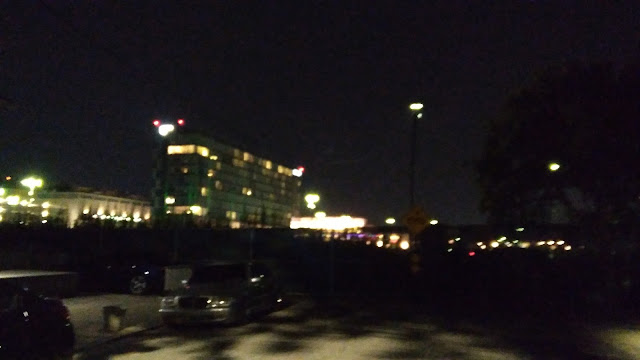 The ribbon cutting for the new hotel featured executives from Genting, which owns the hotel and casino, and Hyatt, as well as elected officials and community leaders.

“We are excited to debut the Hyatt Regency JFK Airport at Resorts World New York and invite guests to experience our intuitive hospitality as they relax and recharge after a day of gaming, dining and entertainment,” said Brian Reynolds, senior vice president of Resorts World NYC.

The Genting Group made waves when it made clear last year that it planned to push ahead with its plans to open a $400 million, 400-room hotel at the Queens Resorts World location while the hotel industry was in the middle of a bleak market outlook at the apex of the pandemic.

“We couldn’t be more excited to welcome the world-class Hyatt at Resorts World NYC — as well as the job opportunities it’s created — to The World’s Borough. Further proof that Queens is open for business and leading the way,” he tweeted.

"Gaming"? How about what it once was called - "gambling".

So what?
It will be filled with whores, johns and people doing drug deals.
The shitheads that use that Casino are locals who don't need hotels for sleeping.
This makes no sense, Such a large hotel could never be populated because tourists and most with $$$ to burn stay in Manhattan and take the complementary luxury bus and limo busses if they want to hit that Casino

There goes all the tourism money - hotels and their guests and mid-town destinations.

World class crime Mecca in the center of a
third-world shit hole neighborhood.

Because, any business scale that portends to be in favor of job growth, job security and long term development that is modeled off of foreign gambling mills like Malaysian based Genting, is bootstrapping itself onto an immoral and unethical industry that relies on a solid revenue stream of gamblers who can LEAST afford to lose, because they are working poor, is a failed government experiment in ‘Bait & Switch’ economics that is more nebulous than George Bush’s ‘Fuzzy Math’ observations, and Ron Reagan’s KNOWINGLY counterfeit ‘Reaganomics’ (foisted by his grand larcenous government pal-hack, Alan Greenspan).

So, what STILL works in New York State? Government crime, graft, corruption—and, monstrous unchecked, unpunished greed that has ALWAYS worked—and, the public be damned! THIS IS NEW???

The overall loss of control in most Gambler's lives makes them all the more susceptible to engaging in other forms of compulsive behavior. Anxiety-based disorders,
Anti-social personality disorder, Depression-based disorders, Criminal Activity
Expect to your life slowly fall apart as the addiction grows stronger.

There is Nothing Luxurious about working or living in that area.

I can't wait to hear they are turning that "luxurious hotel" into a homeless shelter for drug addicts, violent criminals, and the mentally ill.