Show us the money Joe 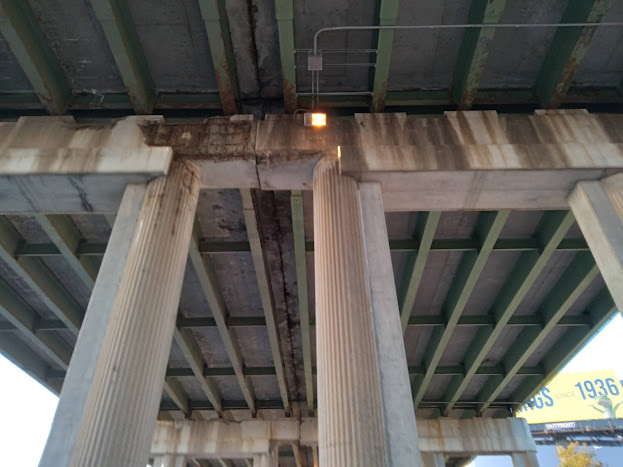 “For decades, infrastructure in New York has suffered from a systemic lack of investment,” according to the fact sheet.

“The need for action is clear.”

Among New York’s infrastructure shortcomings the Biden administration said would be addressed are the state’s $22.8 billion tab over the next 20 years to maintain clean drinking water, “lack of available and affordable housing” and $2.91 billion in school maintenance needs.

The White House fact sheet does not, however, promise to meet all of the state’s infrastructure spending needs. It also neglects to include how much funding each item would receive under Biden’s plan — citing total proposed nationwide spending instead.

Senate Majority Leader Chuck Schumer (D-NY) has suggested the multitrillion-dollar spending spree would boost subway expansion into southeast Brooklyn and Harlem, as well as the construction of a new tunnel under the Hudson River between New York and New Jersey.

Both efforts would cost many billions of dollars — without addressing maintenance of the state’s existing, ailing infrastructure.

If they handle this like they handled the virus distribution we are going to place an enormous amount of money in the hands of people totally out of their league to apply it to projects that need to be built.

The era where the WW II generation could handle money and projects are long gone.

I can see these infrastructure jobs being outsourced to companies who use illegals as workers and foreign owned companies. We will see what fraud comes from this.

My rich Uncle Joe has a money printer in the basement !

My rich Uncle Joe has the media bought and sold

People are too lazy to seek the truth. The lie is easier to believe. It’s the programming the MSM has done to the people. Sometimes it’s hard to be red-pilled. You see through the bs and watch the sheep fall in line for the fake narrative soup.

My rich Uncle Joe is like FAKE NEWS CNN

I blame it all on the sheeple.

My rich Uncle Joe is AKA "The Big Guy"