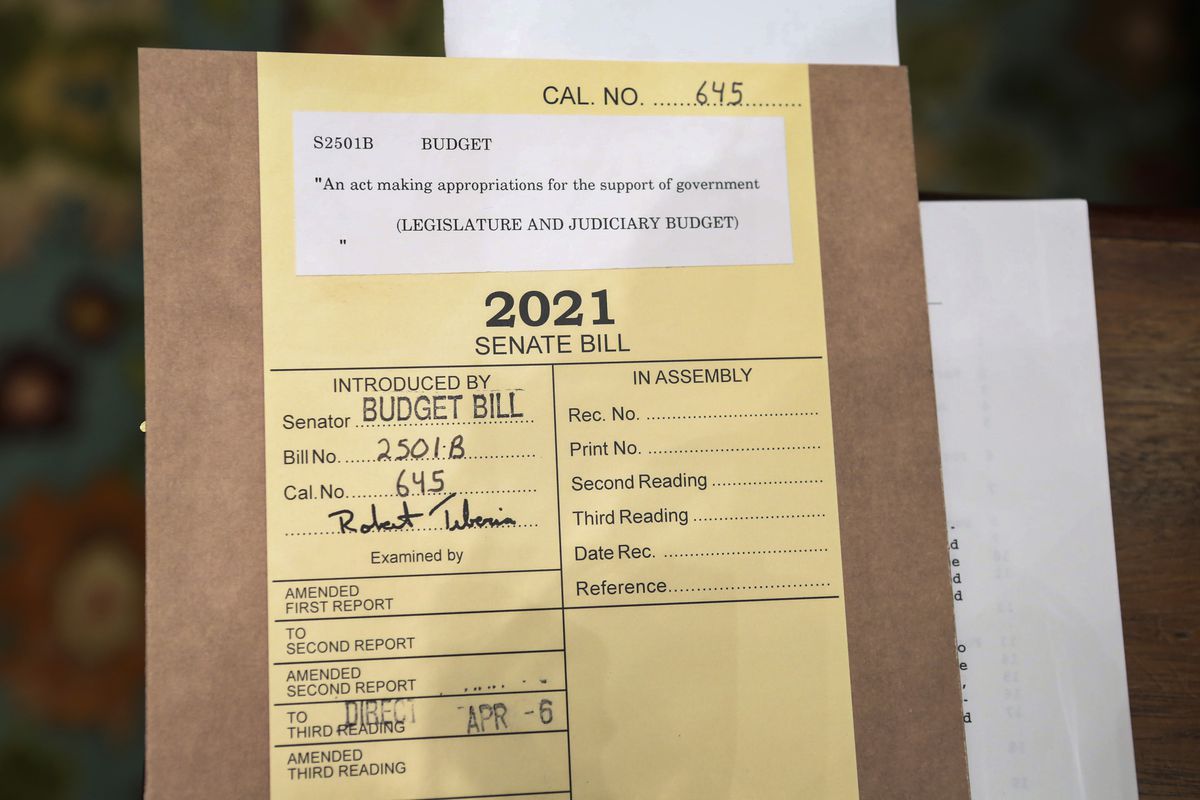 State lawmakers and Gov. Andrew Cuomo reached a deal on the state’s $212 billion budget Tuesday, agreeing to tax increases on wealthy New Yorkers and to create a fund for undocumented workers shut out of financial assistance during the pandemic.

Buoyed by a $12.6 billion infusion from the stimulus package Congress passed in March, the budget is New York’s largest financial plan to date. New York’s second pandemic budget arrived nearly a week past the April 1 start of the state’s fiscal year, after an embattled Cuomo and Democratic lawmakers disagreed on a multitude of issues.

Among the most contentious: billions in aid for workers excluded from unemployment benefits and federal pandemic stimulus payments, billions more for financially distressed renters and homeowners, and another $1 billion-plus to jumpstart Cuomo’s Penn Station overhaul.

Bills detailing the intricacies of the proposals were introduced Tuesday evening.

“Thanks to the state’s strong fiscal management and relentless pursuit to secure the federal support that the pandemic demanded, we not only balanced our budget, we are also making historic investments to reimagine, rebuild and renew New York in the aftermath of the worst health and economic crisis in a century,” Cuomo said in a joint statement with Assembly Speaker Carl Heastie and Senate Majority Leader Andrea Stewart-Cousins.

The massive spending plan will also raise taxes on the state’s million-dollar-plus earners — spurring concerns from fiscal watchdogs who say it risks driving high-earning taxpayers to leave New York. And the deal will legalize online sports betting, adding a projected $99 million in revenue this fiscal year and up to $500 million annually in years to come, lawmakers estimate.

Spending highlights outlined by Cuomo, Stewart-Cousins and Heastie include:

Illegal workers getting my tax money ? Total disaster and the harmful effects will be felt for years !

Yippee We Are Number One in taxes now !

"It risks driving high-earning taxpayers to leave"
No it will along with what's left of the middle class.
This couldn't have been done at a worst time.

Dead beats you got your wish, now you and your Leftist buddies don't have to pay the back rent ! This is nothing but a unfair tax increase on the backs productive workers.

More money for the UFT ? Oh right they are doing such a good job of brainwashing the youth I get it !

“No man’s life, liberty or property are safe while the Legislature is in session.”
Gideon Tucker

Rank and file state employees will get fucked out of their withheld raises Ahahahahaha!!

Hey, it looks like we are getting mobile sports betting though.

Get high, and stare at betting line on your phone.

Lord protect the poor and stupid.

Gimme my welfare so I can buy some weed and place bets on NBA games!

End the Federal reserve. That is all.

Why the fuck did I pay my rent?

More money to the illegals. Let's see how much FRAUD comes out of that one when you can't even verify where they work and work off the books. So once again, they will make more money than the citizens who work here.

>>>a fund for undocumented workers?<<<

As in this bastard is going to reward my hard work skim of tax dollars to some criminal parasite who broke into this country?
Is he crazy ?
This is like feeding feral cats, next thing you know you have 100 in the backyard

New Yorkers are doomed ! Get out and take your Family to a RED State with Freedom !

New Yorkers will vote with their feet ! Stupid Dems

Americans seem to be slipping into full fat-dumb-happy mode !

We may end up submitting like Rome. The chaos and corruption always destroys great nations. However, depends if half of America survives and other erodes into a Modern Socialist Nation with poverty and squalor.