Rents go down near subway stations 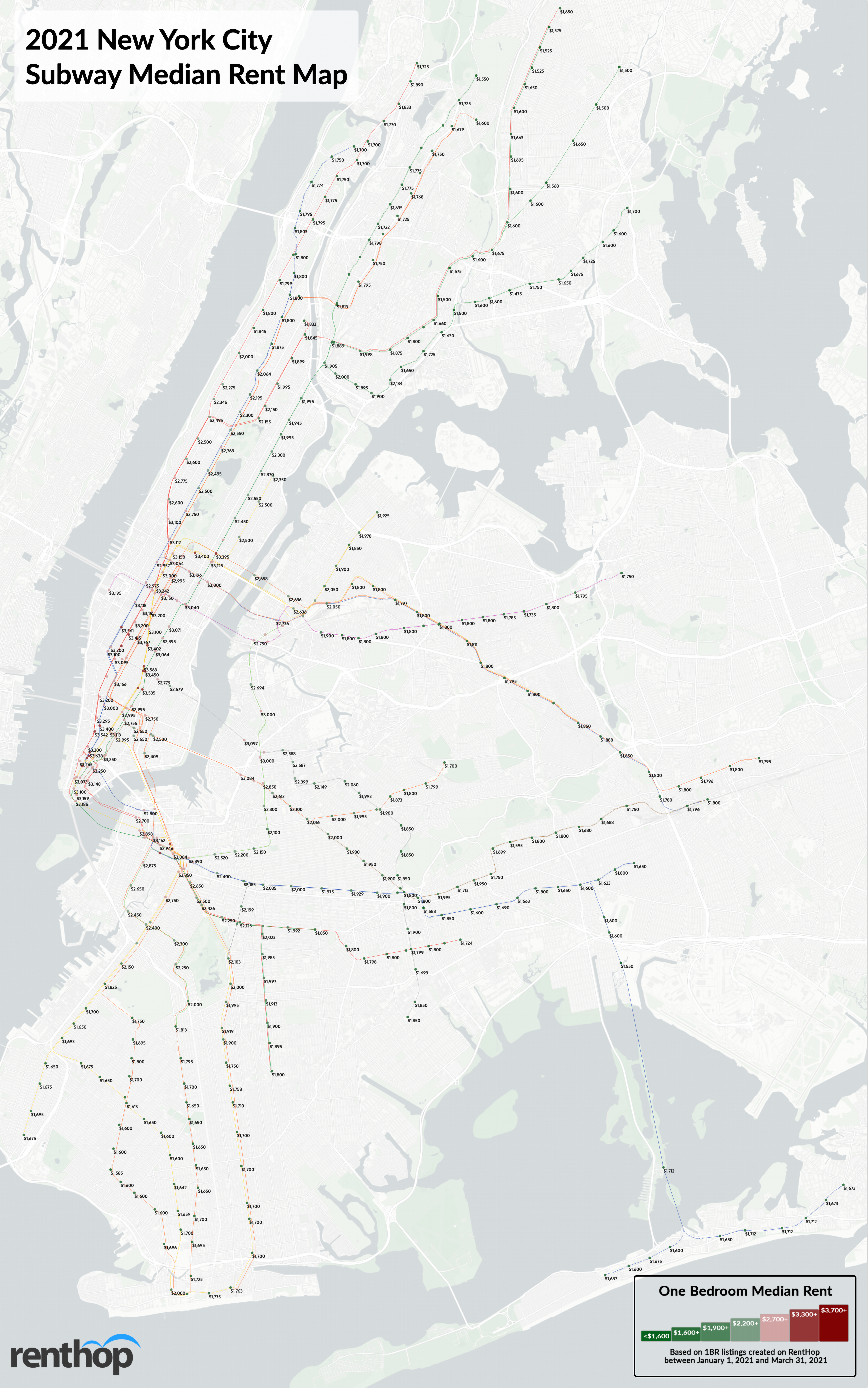 With many New Yorkers avoiding the subways this past year, rents for apartments above major train stations, including several in Queens, saw a severe drop in price during the first quarter of 2021, a new report found.

Rents decreased in the areas immediately surrounding 418 of the city’s 473 subway stops from January 2021 until the end of March 2021, according to the report from RentHop. In Queens, the biggest drop came around the M train’s Forest Avenue stop in Ridgewood, where the median rent for one-bedroom apartments dropped by over 21 percent year-over-year.

Renting for $1,800 on average, the one-bedroom apartments’ drop in price around the Forest Avenue stop was among the top five biggest declines in pricing across the city.

Just one little unsettling thing about this data. The median rent nearby Mott Ave. in Far Rockaway went up, which is where "affordable housing" apartment buildings just went up. And the other four areas in the Bronx that saw the rents rise follow recent rezonings approved by the Blaz.

Inside of every socialist, there's a capitalist screaming to get out.

Still way too much money to live in a broken down,closet sized apartment. It makes it even worst when it's in a filthy neighborhood and has criminals and homeless walking all around it.

That article is either misleading -or the author ill-informed.
Rents have always been inflated near subway stations and other fixed transportation entrances.

Those working folks who voted republican in 1994 and put Potaki and Bruno in charge of gutting rent regulations; I hope you now enjoy paying half, or more of your salary to some leech.

Median *asking rent*. That's how much landlords want and are not currently getting.

@Rob in Sour Milk Manhattan
Rent regulations caused the problems / The Free Market will fix them.

"I hope you now enjoy paying half, or more of your salary to some leech"
So being a Land Owner = Leech ?
The Myth of the 'So-Called Tolerant Left' !

Traditional programs of deregulation and tax cuts at the policy level will reduce cost.
Since POTUS 45 left office everything has skyrocked in price.
Kick up a fuss you whining libs while you can because the mid term elections are coming!

All about the BENJAMINS!!!!

So,what does your local bartender think ?

This DemoRat NYC pol favors school-zone speed cameras — and got caught by them 8 times!
One Party Rule working really well in NY ?
https://nypost.com/2021/04/22/nyc-pol-favors-school-zone-speed-cameras-and-got-caught-by-them-8-times/

You commies are killing the landlords- how do you expect them to survive? As it is they have to come in from the Hamptons once a month to pick up the rent.