No breaks for the NYPD this week 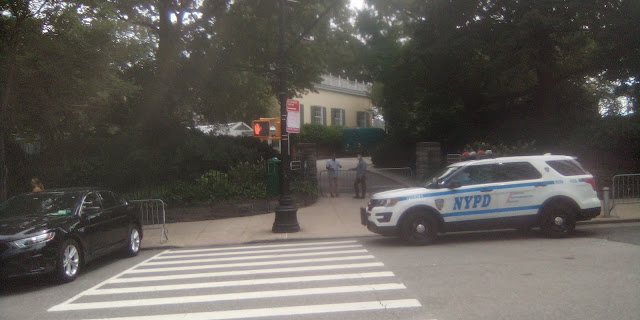 The NYPD has told cops there will be no unscheduled days off beginning Monday, according to an internal department memo obtained by The Post.

The memo — effective Monday “until further notice” — is in preparation for any possible protests following the Derek Chauvin trial verdict in Minnesota.

The missive was issued Friday evening.

Officers can still take their scheduled days off at this point, “but that could change depending on the verdict,” police sources say.

The NYPD confirmed Saturday that the order was “necessary in order to satisfy personnel requirements for any post Derek Chauvin verdict protests.”

This makes sense since Rep. Maxine Waters just decided to do some good instigating the other night in Minnesota.

My molotov cocktail delivery guy just got hung up, anyone spare a few bottles? At least my payment was refunded by Amazon since these were defective in use... Too soon? Nah, I didn't think so eithet

How can this be allowed ? Attempted MURDER !
Man charged with attacking undercover Asian NYPD cop released without bail !
Judge claimed, “My hands are tied.”
https://nypost.com/2021/04/18/man-who-attacked-undercover-asian-nypd-cop-released-without-bail/

How The Elites DIVIDE AND CONQUER By Race !
https://www.youtube.com/watch?v=3Jgf0ldVrwE&ab_channel=JackMurphyLive

How The Elites DIVIDE AND CONQUER By Race !

Yep, so people keep fighting for no reason.
In the old days - like Roman Empire old days - this was called "Bread and Circus".
Regardless, serves the purpose well, people will keep fighting over stupid shit while the controllers fuck everybody over via inflation, asset confiscation, stock, mutual fund, 401K scams, 1-2% pay increases while inflation is at 9-11%. Wake the fuck up people!