Meet the potential new boss, same as the old boss 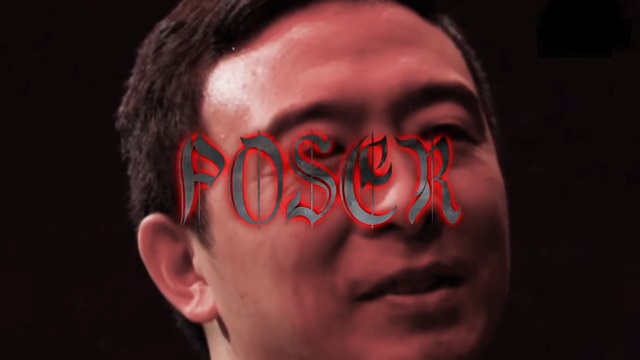 Make me mayor and I’ll hire one of my fellow candidates to run the nuts and bolts of City Hall.

That was Andrew Yang’s broad message to The Post’s Editorial Board on Thursday, as the Democratic front-runner pitched himself as a man who can build the right team to bring New York City back to life after the coronavirus pandemic — while he coordinates and manages.

“You’re going to need to build a team with a range of experience and, certainly, if I’m the mayor, that team will need to consist of a number of people who are very deeply experienced in government,” Yang said during the hour-long sit-down. “I’m already thinking about how to staff the administration and make sure we can actually move the bureaucracy.”

Kathryn Garcia, one of his competitors in the June 22 primary, who has served as the ‘Ms. Fix-It’ for the past two administrations — including tours as Sanitation Commissioner, head of the sewer system, the city’s lead czar and public housing chief after the Housing Authority was rocked by scandal, and building the Big Apple’s emergency COVID-19 food delivery program for the poor and homebound.

“I would like Kathryn Garcia to have a role in my administration and one of the reasons is that she’s an experienced operator, having not just the Department of Sanitation, but also other very significant agencies,” he said. “I like and respect her. I have my eyes very wide open for people like Kathryn.”

While others would manage the day-to-day, Yang said that he views the job of mayor as “team-building, culture-setting” and orchestrating and improving relationships between the public and private sector.

Under questioning, Yang said that he would push Michael Mulgrew, the head of the UFT, to reopen public schools more quickly and offered his special needs son’s return to the classroom as a poignant example of the importance of in-person learning.

“The data clearly shows that being in-person is better for kids, that remote learning is 30- to 70 percent less effective,” said the tech entrepreneur, who mounted a long-shot bid in 2020 for the White House. “And it also shows that the kids who are most at risk are poorer New Yorkers, who tend to be disproportionately black and brown.”

However, when pressed on how he would convince Mulgrew to relent, Yang offered few details and stopped short of saying he would order teachers back to classrooms. Instead, he argued that he could make a case to the public more effectively than Mayor Bill de Blasio, putting pressure on Mulgrew to offer concessions.

“I would have made a case to the public, saying to parents, ‘look, kids need to be back in schools at some point’ and the data shows that we’re really not serving them well,” “Pretending remote school is a substitute is not right, it’s — at best — a mediocre stop-gap.”

“I’m going to suggest that I would be better situated than the Mayor has been because people see me as — and I hope this is the case, I see myself as is — as someone who’s going to act on behalf of the people of New York City,” he added.

During the interview, Yang also brushed aside questions about the quality of the education offered by private yeshivas run by sects of the city’s politically powerful Orthodox Jewish community.

“I visited a number of these schools and the kids are learning English and math and basic subjects, at least in my exposure to them,” he said. “My starting point is that they’re investing a ton in educating their kids in a way that they see as best for them.”

His statements run contrary to the findings of a city investigation that revealed the curriculum at just two of 28 examined yeshivas met state requirements for providing an education that is substantively equivalent to one offered in public school.

So Yang would hire Garcia, who's already polling last, is certain to drop out soon and who also was leading three departments before she quit picking up the slack for the Blaz to run for mayor. Makes her a good choice to pick up Yang's slack as well. He is also too chickenshit to take on Mulgrew. But one thing Yang knows is to not mess with the Hasidic community, whose votes put the Blaz over the top and into city hall 8 years ago. SAMO. NWFC.

Gaslighting has reached levels that shouldn't be possible.

Seriously, is it impossible to find one decent, competent candidate for Mayor of NYC?

It has in multitudes and the answer is no.

Tax paying Americans are the lowest priority to democrats. Not sure how any working American could vote for any of these turds.

He did not mention hiring Curtis Sliwa, did he?

He did not mention hiring NYC Schools Chancellor Meisha Ross-Porter did he ?

Yang makes it up as he goes along. He has almost no clues about the daily workings of the DOE at the classroom level. He has regularly insulted NYC teachers who are working above and beyond,day after day, in a brand new environment, with little support from a corrupt and bloated administration. The vast majority of parents want their kids safe at home for the current school year. With over a 1,000 classrooms closed for ever spreading Covid, why would anyone want to be exposed?
Yang needs to back to the Hudson Valley and stay there...

"Daily workings of the DOE at the classroom level" Less than 180 days a year !
Get the kids back in the classroom if you don't want to teach in-person find another job.

SAMO is a graffiti tag made famous by Jean-Michel Basquiat, it's short for Same Old Shit.

NWFC is an abbreviation for what Joe Biden told a bunch of wall street donors that Nothing Will Fundamentally Change when he is president, assuring them that their obscene wealth will not be affected.

The perfect situation is the government understands that they work for us and lets us live our lives with the freedoms granted to us under the Constitution.

To JQ: (regarding Joe BIDET):

❝Never be deceived that the rich will allow you to vote away their wealth." ――Luch Parsons

❝The comfort of the rich depends on an abundant supply of the poor." ――Voltaire

But, whad did anyone expect from a rigged election that SELECTED a millionaire (whilst continually collecting a government paycheck)? That walking corpse stayed in his basement for months, his feeble attempts to hold campaign gatherings produced three people (exactly like Bull$hitlary), and then many 'die hard' Red states magically turned Tidy Bowl Blue overnight, and under the cover of darkness. It's MAGIC! Biden is a one-clown, money laundering Ponzi scheme, and so his his entire family of dynastic sociopathy. And, the public be damned!

❝It’s ridiculous to talk about freedom in a society dominated by huge corporations. What kind of freedom is there inside a corporation? They’re totalitarian institutions――you take orders from above, and maybe give them to people below you. There’s about as much freedom as under Stalinism.❞ ――Noam Chomsky

❝The illusion of freedom will continue as long as it's profitable to continue the illusion. At the point where the illusion becomes too expensive to maintain, they will just take down the scenery, they will pull back the curtains, they will move the tables and chairs out of the way―and you will see the brick wall at the back of the theater.❞ ――Frank Zappa

❝The oppressor would not be so strong if he did not have accomplices among the oppressed themselves.❞ ―—Simone de Beauvoir

❝It's discouraging to think how many people are shocked by honesty—and how few by deceit.❞ ―—Noël Coward

❝Anarchy doesn't mean 'out of control'; it means out of THEIR control.❞ ―—Jim Dodge

❝No man will be free until the last king is strangled with the entrails of the last priest.❞ ―—Denis Diderot, French philosopher

You send these everyday, I'm pretty overwhelmingly cognizant of how our corrupt establishment permanent government functions.

JQ you don't call out the left as much as you should !
Are you bucking for a paying job in the biased #FAKENEWS lame stream media ?

@Anon re: Calling out

"Curtis Sliwa?" Yes we need law and order our streets are not safe !

To the second to last Anonymous who said: 'Yang ... China's answer, your [sic] the final step of colonizing NYC!'

New York is already an invaded colony, a veritable 'Tidy Bowl Blue' Welfare State that is stoked by a terminal, neo-liberal shithead, Bill de BLASS-hole and his DemonRat-entrenched blueprint for Venezualan style socialism. His pal, the serial mauler up in Albany's Executive Chamber (of horrors), Sonny, I mean Andy CUOMIGULA, has overseen more graft than the collective heads of the global chapters of organized crime. And, no matter who the next puppet-stooge mayor is, it won't change the feckless and tragic state of the City of New York, what with a $6 Billion defecit, in addition to New York State's $13 Billion defecit of its own.

There is a crisis in honest, ethical leadership that leads by example. None of the predictable lineup of establishment-rigged DemonRats have the power, the will, the muscle, the heft and/or determination to do anything differently that demands accountability and transparency throughout the rigors of a citywide and statewide bureaucracy gone awry. In simpler parlance, it's never going to be anything better than what you see now; the dye is cast, the political graft will never relinquish their arrogant power grab, which is what ironically destroyed all pretense of public trust, ethics, integrity, ACCOUNTABILITY and transparency even after most of the wealth and power bolted from this ravaged and tonsured sphere faster than a priest hancuffed to a dead hooker in church!

The party is completely over, plebeians: Time to find your own peaceable kingdom of self-reliant solitude! Welcome to AMERIZUELA, Slaves of New York: The Official Gateway to 'The FOURTH World!'