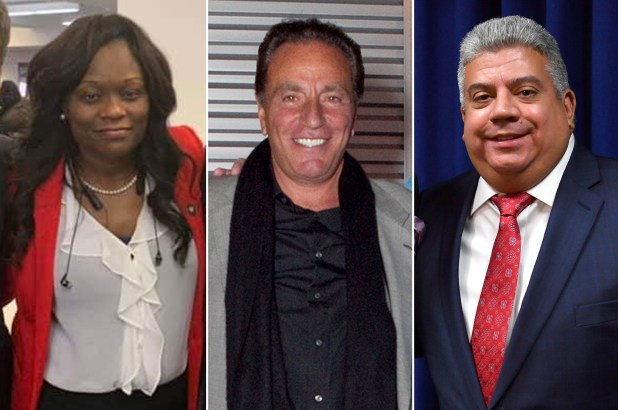 He really is “connected.”

The reputed wiseguy behind Brooklyn’s Plaza Auto Mall has been handing out campaign cash to local Democrats — including the borough’s district attorney and its party boss, The Post has learned.

John Rosatti’s Plaza Motors of Brooklyn donated $2,020 to DA Eric Gonzalez for his winning 2017 campaign and the next year gave $2,000 to Assemblywoman Rodneyse Bichotte, who in January 2020 succeeded longtime leader Frank Seddio as head of the Brooklyn Democratic Party.

The following month, Plaza donated another $10,000 to the party, records show.

John Kaehny of the good-government group “Reinvent Albany” said pols “should be vetting contributions in order to make sure that there’s no attempt to influence them.”

“What did this guy expect for his contribution — that’s the question the campaigns should ask themselves,” he added.

Before amassing a reported $400 million fortune, Rosatti, 77, was identified by the New Jersey Division of Gaming Enforcement as an alleged soldier in the Colombo crime family, according to a 1993 decision by the state’s Casino Control Commission.

The ruling, which rejected a bid to bar Rosatti pal and reputed Colombo family member John Staluppi from the state’s casinos, cited testimony that confidential informants claimed Rosatti became a Colombo associate in 1980 and was sworn in as a “made member” in 1994.

Can't wait to see how the media will spin this one.

Why do you hear about stuff like this in Brooklyn all the time but never in Queens where it also happens often.