City and state officials have had it with the Rockaway pipeline 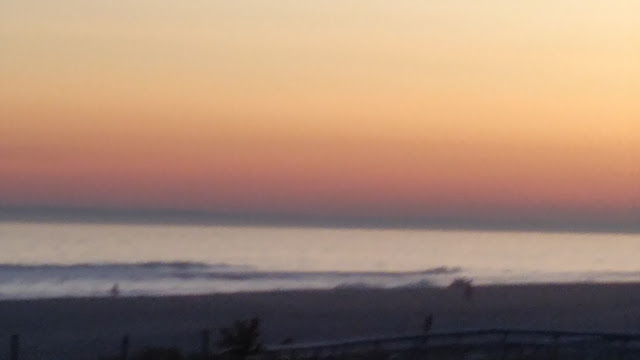 Over two dozen New York City leaders have urged the federal government to kill a controversial pipeline project that would run underneath the waters off the Rockaway Peninsula.

The proposed Williams Northeast Supply Enhance Pipeline, or Williams Pipeline, would deliver fracked gas from Pennsylvania to New York city via a tube underneath New York Harbor. The plan was rejected last year by New York’s Department of Environmental Conservation.

In a letter Wednesday, Comptroller Scott Stringer, Queens Borough President Donovan Richards and State Sens. Joseph P. Addabbo, Jr., Jessica Ramos and James Sanders called on Federal Energy Regulatory Commission Richard Glick to also reject the Williams Pipeline once and for all. The pipeline would move the city and state further from achieving its climate goals, they said.
“We take climate change seriously, as we have already lost loved ones here in New York City to climate-fueled superstorms and heat waves that caused death, illness, debt, and scarcity,” the leaders wrote. “For our constituents and for the future generations who will live with the consequences of allowing the Williams Pipeline to be built, we urge you to deny Williams’ request.”

The letter cites Glick’s own condemnation of the initial FERC approval of the project in 2019, when he said that declaring the pipeline safe “fails to give climate change the serious consideration it deserves and that the law demands.”

On March 19, Transcontinental Gas Pipe Line Company requested a two year extension to kickstart the project. The 17.4-mile-long, 26-inch diameter connection would transport fracked gas under the Atlantic Ocean off the shores of Rockaway Beach.

The letter cites the emissions impact of the gas being brought into the city once burned, new FERC recommendations that take into account the effects of transporting the gas  — like methane leaks — and climate justice for the city’s most vulnerable communities.

“We will not allow the racist legacy of environmental and climate injustice to continue by building infrastructure that will increase the amount of polluting fracked gas in our city,” the letter continues

The woke militia marches on!!!

Didn't they vote for this?

Yes, for decades they have voted for this...

I don’t care anymore. I left the city. Everyone that lives there doesn’t seem to mind so why should I. Enjoy your democratic run city’s high energy cost !

The "Biden Voter" Misses Trump Terribly at the gas pump !
A Two car family will spend over $2000 more this year buying gasoline.

A lotta people gonna freeze to death in NYC if the greenies get their way - no diesel, no natty gas, no nukes.