Boosters for Monserrate campaign suing city to get matching funds 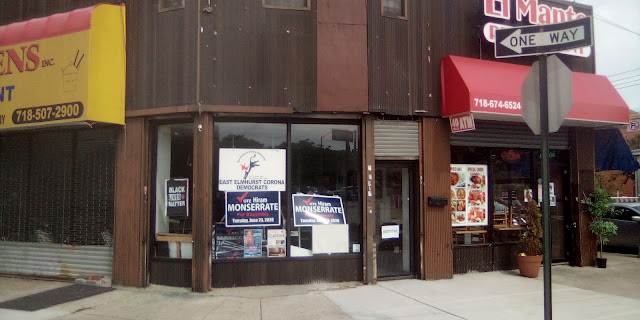 A team of Hiram Monserrate campaign contributors are going to bat for the ex-Queens councilmember as he attempts to claw his way onto the June primary ballot.

Queens Democratic District Leader Sonya Harvey and three other Monserrate allies are suing the New York City Campaign Finance Board in Manhattan federal court after the agency denied matching funds to their candidate in his bid for Corona’s Council District 21.

Monserrate was blocked from appearing on the ballot Wednesday based on a new city law that prohibits former elected officials with public corruption records from holding municipal office. Monserrate was convicted in 2012 of steering council money into a nonprofit and using the cash to fund his successful bid for state senate. He was also convicted of an unrelated domestic violence-related misdemeanor.

In their lawsuit, filed April 8, the Monserrate allies contend that the new measure, “did not bar Monserrate (or any theoretical candidate who the law might also apply to) from having his contributors’ donations matched from running for office, or from appearing on the ballot.”

Monserrate opted to participate in the city’s eight-to-one matching funds program and raised $18,070 from 282 contributors as of March 11, according to his most recent financial disclosure report. He received nearly all of the contributions before the new law was enacted Feb. 25, the lawsuit states.

The plaintiffs also challenge the constitutionality of the measure intended to keep Monserrate off the ballot.

“Even if the law did address the candidate’s right to appear on the ballot in the first instance (it does not), for perhaps obvious reasons, it is unlikely that there exists ‘any legislation that has been found constitutionally sound when enacted during an election cycle that disqualifies previously qualifying candidates from appearing on a ballot,” the complaint continues, citing case law.

Harvey and the co-plaintiffs, Malikah Shabazz, Rosa Sanchez and Frank Taylor, are represented by election lawyer J. Remy Green — no fan of Monserrate.

“I would never vote for the guy, but this is not how we do things,” Green told the Eagle. “This is not democratic. This is not constitutional and, ultimately, it’s tragic that the New York Democrats seem to be providing a blueprint for national Republicans to override the will of the people.”

It’s a dirty job but someone has to do it

I have no doubt the "Voters" Will re-elect this creep....

Monserrate was blocked from appearing on the ballot Wednesday based on a new city law that prohibits former elected officials with public corruption records from holding municipal office.

Monserrate was convicted in 2012 of steering council money into a nonprofit and using the cash to fund his successful bid for state senate well that sounds like how Hillary Clinton got elected to the US Senate.

Hiram should have a pay per view where he fights 5 women in a cage match
I'd pay to watch that and it would be tax deductible.