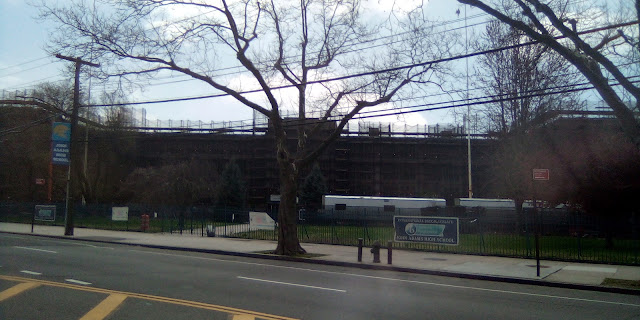 
The Special Commissioner for Investigations for city schools is probing the Department of Education’s bid to squelch coronavirus infection information in the chaotic days before schools were closed.

The investigation comes in response to a report by THE CITY revealing an internal memo advising school officials to not report cases of teachers or staff who tested positive for COVID-19 or were likely infected to the city Health Department.

Following the story, Councilmember Robert Holden (D-Queens) asked Special Commissioner for Investigations Anastasia Coleman to look into the origin of the memo — and whether it contributed to the spread of the virus within schools before Mayor Bill de Blasio reluctantly announced on March 15 that schools would be shuttered.

In an interview Tuesday with THE CITY, Holden said he believes the March 10 memo was intended to help cover up the scope of the spread of the virus within the city public education system to justify keeping schools open amid an avalanche of pressure.

“A lot of teachers were calling us and saying, ‘Why aren’t the schools closed? We have some staff who are infected,’” Holden recalled.

“This is the DOE’s M.O., this is how they operate. They were trying to cover up. They were saying to us, they want to cover this up, we don’t want to cause mass hysteria,” he said.

On March 30, SCI investigator Hector Rivera notified Holden, “I am assigned and investigating the allegations of negligence by the Department of Education, regarding the COVID-19 cases in the city schools.”

On Tuesday, Regina Gluzmanova, a SCI spokesperson, declined to discuss the investigation, stating, “SCI is in receipt of the Council Member’s letter and will not comment any further on an open investigation.”

The Department of Education confirmed this week that 50 public school staff, including 21 teachers, have died of COVID-19 illness since the pandemic hit the city.

As pressure mounted last month to shut the schools, de Blasio resisted the call, saying he feared the closure would hurt families who need their children to be in school while they’re working.

NY Post
Most New York children “probably” already have coronavirus and are serving as vectors to spread the disease, according to one New York pediatrician.

Dr. Dyan Hes at New York City’s Gramercy Pediatrics advised parents to assume their children have the virus if they contract even mild symptoms consistent with the disease.

“I think that probably 80 percent of the children have coronavirus. We are not testing children. I’m in New York City. I can’t get my patients tested,” Hes said during an interview at CBS News.

“And we have to assume, if they are sick, they have coronavirus. Most of them, probably 80 to 90 percent of them, are asymptomatic.”

But the number of infected children is unknown because so many children don’t display any symptoms, she said — and that could alter COVID-19’s mortality rate.

“So, these numbers are so skewed. I think that the mortality rate is way, way less than 0.5 percent for children who have it because it is so prevalent,” Hes said.

“You have to remember thousands of kids die from flu a year. This is much, much less virulent in children.”

The bigger risk lies in those infected children passing the virus to much more vulnerable populations, like the elderly or those with pre-existing health conditions.

“The problem with children is that they are so asymptomatic that they are spreading it. And our biggest mistake was that we didn’t close the public schools when we should have,” said Hes.

“So the children were the vectors to the teachers, who might be elderly or immunocompromised.”

CNN's Jim Acosta Beclowns Himself DEFENDING China As Media Reports They LIED And Caused The Pandemic !

It just goes to show just like the Wuhan supervisors didn’t want bad news like a new virus to make them look bad in front of their superiors until it’s too late. Human nature is universal as we see in countries like the UK and others that didn’t and don’t take the virus seriously until it’s too late. End of the day, the Chancellor is a tyrannical anti-White bigot and DeBlasio is a crooked idiot but sadly he got re-elected.

When my kids were little, they brought home EVERYTHING from school, every illness, and as a family we passed it around. Annoying but unavoidable! Keep them away from grandma, but otherwise, this is one way how we will get to herd immunity.

BOE is too busy with Drag Time for Kids and Cross Gender Studies but otherwise doing a "Hell" of a job right ? Not....

"Chancellor is a tyrannical anti-White bigot and DeBlasio is a crooked idiot but sadly he got re-elected." Corectum !

I’m sure FLU (as in INFLUENZA) shing is concealing it’s cases of COVID.
Transparency would be bad for business.
The Flushing Chamber of Commerce would love to keep a lid on it, no doubt.
WTF do they do anyway?