"I'm alerting you to an "app" which allows easy complaints to NYC Agencies (not all, but enough). It is: NYC 311.
It very simply allows one to file complaints about various issues within the city of NY.

I have used this to complain about Sidewalk parking outside the Jamaica Center Subway station on Archer Avenue. Additionally, I've filed complaints on the MTA Web Site, and the Parks Department Web site (Why Parks, well these idiot parkers park in the TREE PIT...). 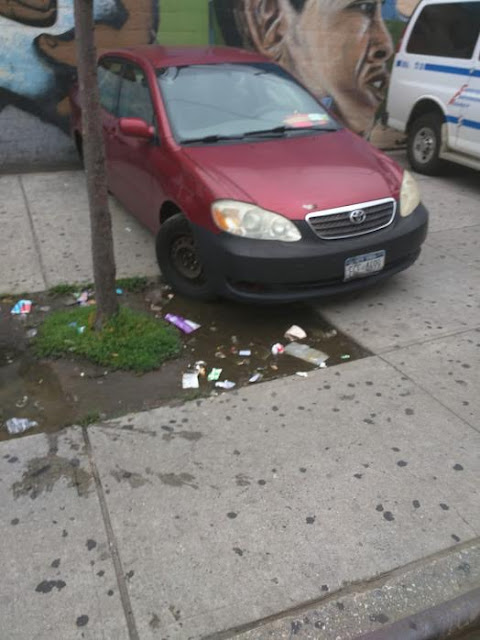 Initial complaints were indicated as resolved by the NYPD, because they observed NO PARKING Issue when they checked after 11:15PM. Subsequent complaints indicated that location should be checked DURING the day, Rush Hour - both Morning and Evening.

All complaints emphasized Illegality of Parking, Safety and Problems with Accessibility (ADA Complaints).

I believe that sidewalks BLOCKED with DREK (Cars, Garbage, whatever,...) constitute ADA violations which get taken more seriously than just a blocked sidewalk. While I am a HUGE Former Division I Football Player, I was seriously disabled in 2013 and confined to a wheelchair, the walker, then cane(s) and personally felt the problem of DREK blocked sidewalks, including the ILLEGAL cars parked at Jamaica Center. 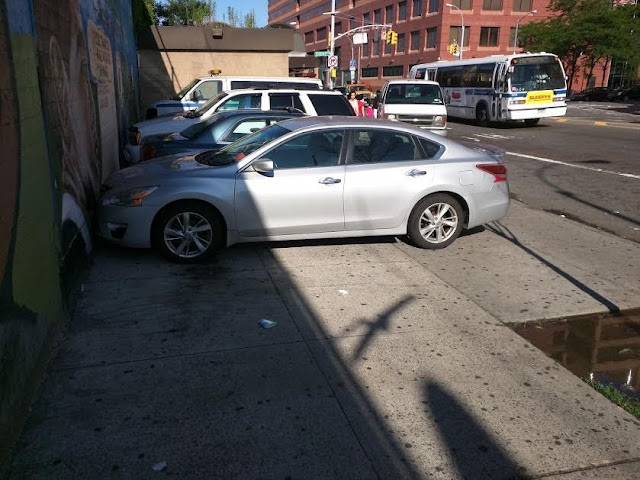 This eveining, on my way home, there wer only 2 cars parked, both "Official" (but why does the MTA need them parked outside ALL DAY LONG). Both were parked on the sidewalk near the bogus sign that indicated MTA PARKING only (Since when does the MTA have the ability to "grab" public sidewalk and turn it into their own private parking?). This is a far cry from the cars that overflowed and even parked in the tree pit. Photos attached." - anonymous 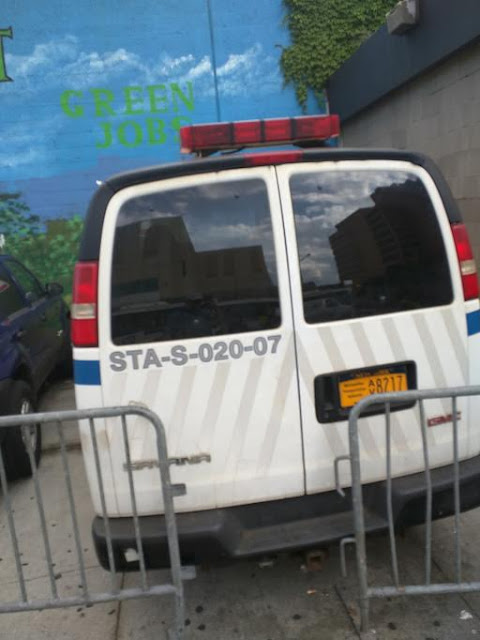 More nonsense that the City allows. I see this shit all the time.

Find out how many Caribbeans work in and for the MTA and your questions are answered.

Don't MTA employees have the "gift" of riding the mass transit system for free? So why do they drive to work - could it be that they know the transit system is filthy, smelly, and full of homeless people?

Why is it a felony to swat these goons who seek to deprive us of our cars with congestion pricing so we can all become sheeple on a bus?

MTA workers generally purchase gas burner SUV's and motorcycles, that make the extreme amount of noise. they need to prove that they are the chosen among mankind and belong to yet another scam union.