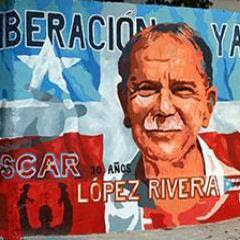 The resolution — approved by 41 of the 51 council members with eight voting “no” and two abstaining — bizarrely paints the 72-year-old imprisoned and unrepentant leader of the terrorist FALN (Fuerza Armadas de Liberacion Nacional) as a “decorated Vietnam War veteran and community activist” who received a “disproportionate” 55-year prison sentence for his crimes.

“This resolution calls upon President Obama to grant clemency to Lopez Rivera, so that he is immediately released from prison, considering that his continued incarceration is unjust and serves no legitimate purpose,” the resolution says.

However, it fails to mention that authorities say Lopez Rivera conspired to transport explosives with intent to destroy federal government property and committed other related crimes — or that the FALN was deemed responsible for a reign of terror that killed six people and injured 130 others in at least 114 bombings.

They includes the 1975 bombing of historic Fraunces Tavern in the city’s Financial District, which left four people dead and wounded more than 50 others, and a New Year’s Eve 1982 bombing at Police Headquarters that maimed three NYPD cops who tried to defuse the explosives.

The only Queens councilmembers to vote against this resolution were: Lancman, Ulrich, Vallone and Weprin. In a city that still suffers from the effects of 9/11, there are elected representatives that think terrorism is no big deal.

Think about that for a while.
Posted by Queens Crapper at 12:44 AM

We see right through you said...

And that asshole Van Bramer will be marching in Saturday's flag parade in Sunnyside, telling us how patriotic he is?

I read about this yesterday. I think Melissa is a huge idiot who doesn't know what she's doing and I don't know what morons voted for her!

She'll probably next ask clemency for Joanne Chesimard, the Black Liberation Party member who was convicted of murdering a NJ state trooper, fled prison and is hiding in Cuba since 1984...Oh wait! Chesimard is not Puerto Rican, like Viverito and Lopez Rivera.

Koslowitz also voted for the resolution. Kissing up to the speaker.

Hey the way I look at it, the guy was offered clemency by Bill Clinton and decline because part of the deal was denouncing terrorism. So if he wants to sit in jail, why are these council idiots trying to advocate on his behalf?

And how does this benefit the taxpayers of NYC? This is not part of their job description. Address issues that you were elected for and benefit your constituents!

Next Viverito will want to honor Khalid Sheikh Mohammed with a statue commemorating the poor put upon Islamists?

But you know Obama will offer Rivera clemency without having him apologize for his crimes, associated maimings and murders.

What a bunch-why not have this old bastard run for mayor next? Looks like the city council (of retards) would likely support that move too.

NYC is so finished-that council, that mayor and all those idiots who vote for them over and over again. Get out while you can-you'll feel a lot better afterward.

With all the problems our city faces, valuable time and effort was spent on this nonsense. Why? I does not affect the constituents of New York City. Sounds like the Speaker and the Council are too busy supporting terrorism when they should be helping us. Voters -- Take Note. With the exception of the few that voted against this, we all need to start paying attention and start voting all these idiots out of office. Time to wake up!

Give Oscar Rivera a second chance,what's the worst he could do,go back to his old ways and kill a lot of people
Mark Vivorito is a lover of anything anti America and this is just a show preparing for her run to be a governor in Puerto Rico, or Queen as she see's herself.

A working person who votes for "business friendly" politicians (republicans) is stabbing himself in the back.

So you can either get "stabbed in the back" by Republicans, or you can vote for the Democrats - the EXPLOSIVE party!!!!

read the new book "DAYS OF RAGE" by Bryan Burrough. He interviewed many of these bomber, armored car robber/killers,bank robbers,cop killers ,admitted COM MUNIST REVOLUTIONARIES and possibly the bombing of TWA luggage terminal @ La Guardia near Christmas holiday 12/75, killing 11 and injuring 75, after 45 years. many of them are teaching your siblings in the education market note :( no one or group was ever charged or convicted for the TWA bombing. ).

most of the NYC Council are Marxist/ Maoist Communists...Presidents carter /Clinton pardoned many of these anti-American terrorists . SEE :discoverthenetworks.org

Eleanor Stein ,leader of the NY cell (Weather underground)studied @ Queens Coll. Law School ,located temporarily @ P.S.130Q, Bayside. Cathy Wilkerson taught math @ John Jay /Bank Street Coll.( it was her folks townhouse that they blew up killing three Weathermen,instead of the military couples @ Fort Dix N.J. base dance. Cathy Bowden is prof. of sociology @ Columbia U. (she is a jailbird after participating in the robbery of a Brinks Truck in Nyak,N.Y.,killing twoguards/trooper.

these City Council persons should be dismissed, recalled, voted out of office . they are scum.

I seriously dont know how the hell that communist anti-american bitch got into office and then all the deal making self serving assholes voted her speaker just to get lulu's. I didnt know that there were 41 anti-american idiots in the council but I do know that there is 51 brainless wonders in the council. New Yorkers should rise up and protest this sitting council. I wish the communist would give up her police detail, especially now that she wants to free a man who almost killed yet seriously maimed two NYPD Bomb Squad Officers. NEW YORKERS TAKE BACK YOUR CITY !!!!!!

Liberals never met a terrorist or crook they didn't love!

If I was President I would pardon Sirhan Sirhan. He has been in jail longer than his age when he went to jail.

Then you would see the Liberals howl!

Never thought I'd say this, but I'm proud of Paul Vallone (as well as Lancman, Ulrich, and Weprin). Maybe if the terrorist had connections to developers it would have been a different result.

Unfortunately, Anonymous, there was no public vote for the council speaker---it was the 'Un-progressive' mayor himself, who hand picked his pal, Melissa Mark-Viverito, without any trace of civics, public referenda or taxpayer democracy in action---exactly what Neo-Fascism and Neo-Bolshevism look like.

Ironically, despite how intensely incompetent, bought and paid for, and completely self-serving all 50 citywide council members are, they are still publicly elected (and always have been), so unlike the council speaker herself.

Therefore, a new, enforceable law must be adopted, that also demands a public election for the council speaker post. Because, right now it's unfair, biased and does not benefit any given constituent, because it's taxation without representation--and the hardworking rank and file be damned (again, still and forevermore)!

This city is done. Here is an idea. The police dept has an inspector general,internal affairs,Inspections unit,ccrb, 5 district attorneys,et al. The pols say they cant police themselves. Then why is it the only person who polices the politicians is another politician,the attorney general. Lets get an independent Inspector general just to investigate them!!!!!

This murderer must be a "politically correct" terrorist.

"most of the NYC Council are Marxist/ Maoist Communists."

Oh god, Gramps. Give it a rest. Those are the battles of fifty and 70 years ago.

At least we can take some pride that Queens council members stood up for what's right.

"If I was President I would pardon Sirhan Sirhan."

And then grant parole to Charles Manson. After all, he never pulled the trigger.