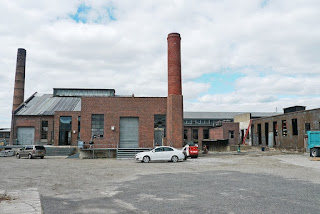 After nearly two years of taking body blows from the community, the Knockdown Center finally landed a counterpunch.

The State Liquor Authority approved a liquor license for the controversial arts and entertainment venue at 52-19 Flushing Ave. in Maspeth, but with multiple conditions and stipulations.

The maximum capacity of the Knockdown Center must be reduced from 3,100 to 1,800, and only 12 full-capacity events can be held over the course of a year, down from 18 originally proposed.

Venue owner David Sklar tried to persuade SLA commissioners Kevin Kim and Jeanique Greene to allow for a maximum capacity of 2,000 before being talked down to 1,800 by Greene.

Events with 1,000 or more attendees must only take place on Friday or Saturday nights and must be done by 2 a.m. All gatherings occurring between Sunday and Thursday must have fewer than 1,000 people and end by midnight.

Other stipulations include one security guard per every 75 guests and one additional 30-seat shuttle bus running constantly between the venue and the Jefferson Street L train station three-quarters of a mile away per every 500 attendees.

The list of over a dozen stipulations put forth in April by the Juniper Park Civic Association, Communities of Maspeth and Elmhurst Together and Citizens for a Better Maspeth were also conditions added by the SLA.

The word on the street is that they (actually an unnamed associate) hired Al D'Amato's lobbying firm to help them get their license.
Posted by Queens Crapper at 12:12 AM

And what happens to that license when they inevitably don't comply with those stipulations??

So everybody can get knock down drunk. Very nice.
PS 1 throws their summer liquor fests to ensure attendance at their mediocre venue.
Hootch brings in funds.
You don't see the Brooklyn Museum having to resort to booze binges. Their collection and programs are the attraction.
Queens hipsters need alcohol to lubricate their senses. This really is a farmer's borough, complete with burros in borough government.
Aaahhhh.....the sound of those braying asses on Queens Boulevard. Donkeys and dorks run Queens. And it's dumb voters aren't far behind the plow either!

Yeah....Flushing gets another notch for a low place to live in.
Thank God for those Asians who were supposed to keep the "Blacks" from taking over the town. That was the xenophobic message that the electeds and community board was propagating during the early eighties.

Posting glitch. That Flushing post was meant for the Flushing item RE terrorists.
Damn my not so smart tablet!

Hipshits rejoice, now you can tolerate the mediocrities and atrocities that pass for art, music and film, since the only way you can appreciate such things is to be shitfaced drunk, stupid and obnoxious

This comes on the heels of the preposterous barge bar in greenpoint, and the bombing bazaar in Riis park with it's overpriced fattening pretentious food, craft beers and sellout rock bands and artists who are only there as background dining music.

The pessimist in me can't help, especially since Albany refused to help the poor and middle class keep living in this state affordable with the ability to save anything from their check, that there is no turning back to something resembling sanity. Murders, muggings are up yet so is the cost of living for some bizarre reason. It's becoming Fun City for some and the bad old days/new bad days for those who can't afford such frivolous luxury. And this decision compounds it.

What is actually a limited liquor license? Most normal bars close at 4 am, if they are unlimited to serve alcohol, wouldn't they be open 24 hours to serve beer and alcohol?

The Generation Gentrification Pandemic cannot be stopped and, this constituency of douchebags and douchehags are the only ones that count in Mayor Big Slow's and his oblivious city council in the triboro area. All others looking for some leisure are better off at home, or maybe in some homeless hotel room in the future that these artisan food scarfing jackasses will provide the rest of us.

And the next bus color, pink. Like the pigs they are, or the elephants they imagine.

Good call on D'amato QC. I doubt this guy was ever human, and apparently he has never left...

You think maybe some of these establishment politicos would mellow with age and help the less fortunate, but it's never enough money for them. And they must take a perverse delight in the suffering their ideas and influence cause. May him and others like him die a comical death. Or maybe perish in a car crash involving an Uber driver.

I yield the floor to Mr. Itarino

This is pure B.S. This venue does not belong in Maspeth. Living locally to this place and I have seen first hand the crap that this place brings, I am extremely disappointed. Quality of life will change greatly for all. The last event they held at night left bottles of beers littered everywhere. Streets were used as restrooms. NO PARKING for the people who live there!! Horrible. Who will police them and make sure they follow the rules??

Thank you, JQ, for deferring to my astute commentary (incidentally, my family name is spelled 'Iritano,' and not 'Itarino,' as you stated).

Now, I was waiting for the masses to banish your meditations to brevity, and to be more concise, but so far I only hear crickets (which is a good thing, as it were, as it relates to this specific thread, and your excellent analysis and factual observations).

And, because you were so thorough and precise (while not airbrushing reality, and talking truth to an evil, corrupt and treasonous sociopath like Al D'Amato), I am inclined to believe that you covered the entire debacle, with accuracy, polish and unwavering distinction.

So, Kudos to you, JQ---and keep talking truth to purported power. Because right now, Queens County and its hyper-corrupt, failed political leadership is so many grades below gutter level, that I now correctly classify it as the ravaged, tonsured 'Mile Low' City of Epic Fail, and political raw sewage plant (in stark contrast to Denver's proudly known 'Mile High' City)!

Well done, mon frere! Type, type, type away with purpose, inclusion and message---which is always right on caliber, and on point! Encore!

Money makes the world go around.

Al D'Amato was, is and will always be a criminal and a shitbag. How he is not sitting in a cell in state prison is an amazing tale.