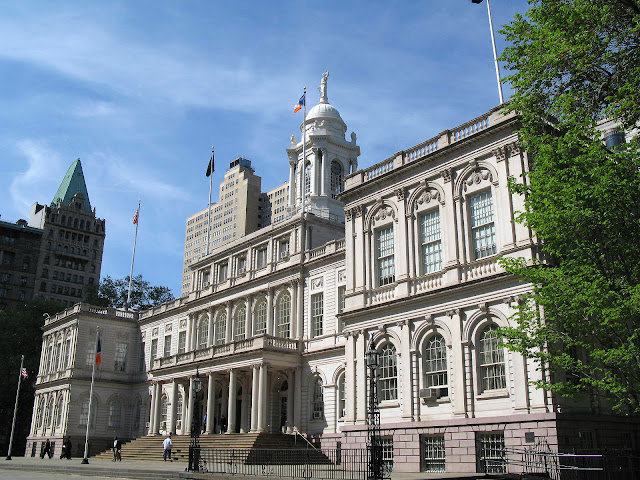 I had recently written to each and every one of you regarding your inaction with respect to the Mayor’s unilateral ban on sweetened drinks larger than 16 ounces. Council Member Halloran was kind enough to provide me with a well-written letter signed by himself and 13 members of the City Council and sent to Mayor Bloomberg on June 1, 2012 protesting the enactment of the ban. To those of you that signed this letter, I applaud your stand for freedom. To those of you who failed to sign that letter, your silence is resounding. Council Members Peter Vallone and Mark Weprin responded to my letter citing that the soda ban was outside of the auspices of the City Council, which now leads me to address a few pieces of legislation for which your chamber is responsible.

Several years ago, Council Member Vallone, in some misguided effort to address the graffiti epidemic, sponsored legislation which sought to penalize the owners of certain property types for failing to remove graffiti from their property within 30 days. I thought for sure that no majority on the City Council would lack common sense and fairness enough to pass such an idiotic bill. I was wrong. That bill became law and is now on our books as the only law in this state, of which I am aware, that punishes the victim of a crime. What right does the City Council have to add insult to the injury that a property owner suffers after realizing that some lowlife spray painted his property? This law is repugnant to both reason and justice. While the City now provides free graffiti removal, the very fact that a DOB inspector could issue a violation against that owner each and any time the City’s coffers get low is simply unacceptable to the people of the City of New York. There is no way that a majority of the citizens of the city would ever pass such an unjust law and this law should be repealed.

The second piece of ridiculous legislation enacted by your chamber, among many, is the law which subjects a law abiding citizen to a summons for being in a playground without the accompaniment of a child. Some genius in your ranks thought it proper to prohibit 100% of law abiding citizens from sitting in a playground because a fraction of 1% might be pedophiles. Decapitation is a certain cure for a headache but intelligent people would never employ it as such. And, yes, in your defense, there are some citizens that buy into the fear-mongering that our media and politicians have fostered. However, there is simply no way that a majority of citizens in this city would ever pass this law.

The problem is that most of you do not care about the majority of the citizens of New York City. You made that very clear when you committed the greatest betrayal of public trust in my lifetime by overriding not one, but two, citizen referenda limiting the term limits of city officials to two. Those of you that voted to extend those term limits are a disgrace to office and to call yourself a representative is laughable. You don’t represent the citizens of this great city; you represent the tyranny of Bloomberg. You should have been voted out of office as the traitors that you are, shameless cowards who have no respect for the will of the people that you purportedly represent. Who would have thought that the greatest threat to our democracy would come from within? And perhaps your betrayal would not have been so bad if it weren’t in favor of a non-New Yorker who has committed the most prolific assault on individual liberty that this great city has ever known; a man who was willing to forsake the tragedy of people losing their homes to Hurricane Sandy so that he could watch a marathon go forward. We all know it was not political pressure or his sense of right and wrong that prevailed upon Mayor Bloomberg but rather the fast-growing reality that he would face the violent wrath of angry Staten Island residents if he allowed it to proceed. It is to that bully whom a majority of you have shamefully pledged your allegiance. Not even Rudy got a third term after 9/11, the only time in our history it could arguably have been warranted.

To Members Quinn, Vallone and Co. who now seek the higher offices of mayor, borough president or comptroller, who violated the greatest mandate of true democracy, the referendum, and who supported the assault on individual liberty, do the people of this city a favor and get out of government. An elected person who enacts legislation restricting individual rights that would not be passed by a majority of the citizens is no representative at all but rather a rogue politician who has an agenda other than what is best for the citizens they purport to represent. Perhaps your efforts would have been better served making sure that neighborhoods, such as my old Astoria, did not become vertically overgrown such that the character is no longer cognizable as a neighborhood. Instead, you arrogantly helped yourselves and King Bloomberg to a third term. In any event, your kind is not suitable to represent the citizens of New York.

We, the people, need leaders who are willing to stand up for the citizens they represent and lie down in front of an earth-moving machine when the government, local, state, or federal, seeks to take a portion of Flushing-Meadow Park or Willets Point under some misguided notion of “eminent domain.” We do not need leaders who pander to developers to have their picture taken when the ground is broken. That is not leadership; it is sellout. Individual rights must be restored and both the private and public property of the citizens of New York must never be allowed to be taken for any private purpose, period. As I said in my first letter, I will do all to awaken the Patrick Henry in each of my fellow citizens so that they will remember how you violated the will of the people four years ago and send you packing in November. And if you happen to win, you shall remain imposters.

William J. Cariello III
Posted by Queens Crapper at 12:14 AM

Excellent letter. You hit the nail right on the head. WAKE UP NEW YORKERS these jerks are taking us down a very destructive path and if you keep electing them, there will be nothing left of NYC as we now know it.

I'd be all too pleased to lend you my ear for campaign advisement. Please contact if interested.

They don't give a crap about us. All they are interested n is filling their pockets and looking for their next political position.Dumb New Yorkers keep voting the way you do...

Great points, but the fact of the matter is that we live in the age of the uninformed voter...people care more about pop culture and which celebrity is dating who, rather than the issues that affect us all every day.

The nail is there and it is in. I plan on driving it all the way thru by writing in Al Centola of the SFMP video with over 2000 hits in just two weeks.

I urge all to do the same, write in the candidates of your choice that is. The time to break the stranglehold the parties have is now.

Write in next election

Al has my vote, whom will you vote for Queens?

Even more so, his office on 31st street in Astoria is covered in graffiti.

Stop kissing his ass!
I wouldn't want a Cariello for mayor.

Better than anything we have ever had in this city

We could use people like Cariello in government. It would be a refreshing and much needed change from the self-serving cast of characters that dominate the political scene today.

Oh, really?
You'd better check out the history of the Cariello family!

Their record isn't as clean as you think.

They are not traitors of the people!

I sign my name to any thing I write about someone else which is more than we can say about you Anonymous.

Wait! Is he related to frank cariello??

If I'd signed my name,
would you have put out a hit on me?

What an extremely ignorant comment. If you aren't intelligent enough to discuss the issues but instead must resort to insulting someone's ethnicity please refrain from posting a comment at all.

We need you as our mayor!!! It would be better than what we have now. That letter was well written. You inspire me, William.