Gennaro may actually put money toward Brinckerhoff this time 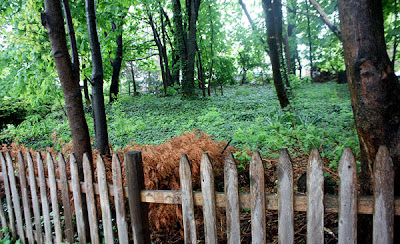 A committee formed to preserve Brinckerhoff Cemetery, a colonial cemetery in Fresh Meadows that was recently named a landmark by the city, is hoping the City Council will buy the burial ground from its private owner.

“The city made an error when it sold the land several decades ago,” said James Trent, member of the Brinckerhoff Memorial Committee, referring to when the city sold Brinckerhoff in a series of moves starting with a public auction in the 1950s to pay off tax debts. “The city should reverse the wrong decision it made.”

Trent is also the president of the Queens County Farm Museum, an organization that has been on the forefront of advocating for Brinckerhoff’s designation as a landmark.

City Councilman James Gennaro (D-Fresh Meadows) said he would be willing to use his discretionary funds in order to buy the cemetery.

“My role is to put up the money and hope that City Hall can talk to various parties and make this happen,” he said.

But he said there are potentially many roadblocks to making the plan a reality. The city Office of Management and Budget would have to approve using Gennero’s descretionary funds to buy the cemetery, and even if approval is granted, it is not clear whether the cemetery’s owner, Linda’s Cai Trading, will want to part with it.

So then the City can condemn it the way they did back in the 1950s. Problem solved.
Posted by Queens Crapper at 8:03 AM

A handful of the usual suspects crow of their success while historic buildings get torn down left and right.

As we ARE on the topic of cemeteries, lets think for a moment of the graves at St George in Astoria, the African Cemetery of Newtown off Corona, the Leverich Cemetery with its couches and mattresses, and the now vanished Burroughs Family Cemetery that had the crime of a buildable empty lot in western Queens.