Another bad deal from EDC 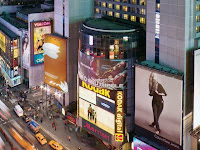 A "sweetheart deal" with one of Manhattan's most famous hotels could ultimately cost New York City taxpayers close to $350 million in lost revenue when its lease expires in four years, Comptroller and 2013 mayoral candidate John C. Liu announced Tuesday.

The Marriott Marquis in Times Square, a 49-floor hotel with famous curved, glass-enclosed elevators, will be eligible in 2017 to buy its property for the "fire-sale price" of just $20 million — a $173.1 million markdown from market value, Liu alleged.

"This is one of the worst deals since Manhattan was sold for $24," the comptroller said in a statement.

The dispute's roots stretch to 1998, when the city's Economic Development Corporation allegedly encouraged City Hall to rewrite and shorten the Marriott's lease from 75 to 35 years, Liu said. The new terms sharply reduced the Marriott's rent payments — the hotel was still required to pay-off its back rent — and it permitted the hotel to purchase its location "for a song" in 2017, instead of 2057.

Liu is urging the city to renegotiate its lease with Marriott or find another tenant for the property.

The EDC seems to lose more money than it makes for the City. Why do we need them?
Posted by Queens Crapper at 12:30 AM

All mayoral agencies are currupt, and distanced from the public - always have been. Look at Offc of Enviro Remediation; Emerg Response, and the poster-shild, EDC... there's a reason Pinsky was put in charge of the Sandy (resiliency) task force... and look at the other members of that task force: developers, big money donors... these are essentially NGOs, and should be treated as such, rather than as express tracks for skirting rules and tapping "incentives."

Comptroller Liu should be talking about bad deals and sellouts?

He's as crooked as a winding country road in Taiwan himself!

Why do we need EDC you ask? Who else to royally mess shit up on such a grand scale.

This is far from the first time the EDC has fucked things up.

Liu has smeared enough SHIT all over his own shady face! This man is a CROOK and deserves to serve a prison sentence!

a federal charge ,indictment, and awaiting trial of two of Liu's bundlers is not a smear of Liu. it is confirmation that a crime may have been committed.

now if the "looney " bundler will ever stand trial, is the question ?

due process will tell us the truth about the alledged Liu campaign finance scam of taxpayer $$$$$$$.