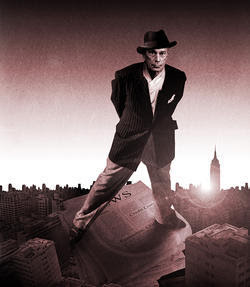 After a charmed first decade in politics, Mayor Mike Bloomberg is mired in his first sustained losing streak.

His third term has been shaky, marked by the Snowpocalypse, the snowballing CityTime scandal, the backlash to Cathie Black and "government by cocktail party," and the rejection by Governor Andrew Cuomo of his plan to change how public-school teachers are hired and fired. With just a couple more years left in office, Bloomberg is starting to look every one of his 70 years.

Soon, he'll be just another billionaire.

The mayor's legacy is remarkably uncertain—largely because he's done his best to keep New Yorkers in the dark about what it is he's really set out to do in office.

In part, this is because the mayor has been far more effective at selling his Bloomberg brand than in getting things done. But it's also because what he has done—remaking and marketing New York as a "luxury city" and Manhattan as a big-business monoculture—he prefers to discuss with business groups rather than the voting public.

Withholding information while preaching transparency is a Bloomberg trademark. He aggressively keeps his private life private—meaning not just his weekends outside the city at "undisclosed" locations, but also his spending, his charitable giving, and his privately held business.

The column is 5 pages long and makes for some great poolside reading! Check this part out:

Middle-class incomes in New York have been stagnant for a decade, while prices have soared, with purchasing power dropping dramatically. Never mind Manhattan—Queens taken as its own city would be the fifth most expensive one in America. While unemployment in the city has dropped below 9 percent, through June the city had replaced only about half of the 146,000 jobs lost during the recession—and the new jobs have mostly been in low-paying retail, hospitality, and food services positions, according to the Drum Major Institute for Public Policy. Poorly paid health care and social-service jobs, often subsidized by the city, make up 17.4 percent of all private-sector jobs as of 2007, a nearly one-third increase since 1990. Only 3 percent of the private-sector jobs in New York are in relatively high-paying manufacturing positions as of 2007, a figure that's in the low double digits in Los Angeles, Chicago, and Houston. And the jobs expected to appear over the next decade are also clustered at the bottom of the pay scale.
Posted by Queens Crapper at 12:23 AM

Saying that his legacy is mediocre may be too much praise for Bloomy.

do not ever forget that he is also the HOMO/MARRIAGE MAYOR,who reportedly spread much money around to get the law passed in Albany .

mike bloomberg is responsible for our SANCTUARY CITY also.MULTICULTURISM IS A FAILURE,WORLDWIDE, ENGLAND ,FRANCE. AND NOW NORWAY.

No more need for my infamous political cartoon.

Mediocre ? Your being way to kind!

Banality and mediocrity can often do more evil on a daily basis over the years....than the most vicious tyrant can accomplish in an hour.

Thus, Bloomberg....
a mere lackluster bean counter, has wrought his twisted designs upon our city.

It will take at least decade for New York to recover from this quirky half pint's wrath.

Mayor Mikey Snowpocalypse Bloomberg, what a guy he was!

Most NY Republicans speak sense and by necessity in this blue state are willing find compromise to move their agenda forward. Unfortunately, the extreme righties believe any compromise is a betrayal to their irrational principles, and label rational Repubs as RINO's.

This insanity will cause the GOP to implode... just look, the Tea Partiers are beginning to eat John Boehner alive.

He was first a Democrat, then a Republican and now he calls himself an "Independent". He has no loyalties.