Where are the local electeds on this one? 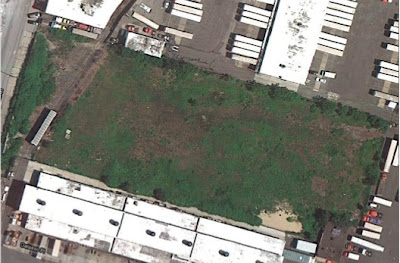 A fight by residents in Greenpoint, Brooklyn to push the MTA out of the community could have a negative outcome for Maspeth.

The Brooklyn Paper reported last week that political rivals Councilman Steve Levin (D- Greenpoint) and Greenpoint district leader Lincoln Restler were both pressuring the MTA to abandon its Access-a-Ride depot at 65 Commercial Street. In 2005, the city agreed to build parkland at the site, but in the following six years, the MTA has yet to obtain a new property to store Access-a-Ride vehicles.

Now, the MTA is considering a site in Maspeth to relocate the Acess-a-Ride depot. According to MTA spokesman Aaron Donovan, the proposed site is on the east side of 49th Street, between 56th Road and Galasso Place.

“We’re working with the Mayor’s Office, which has agreed to make the site ready for use as a depot,” Donovan said in an e-mail.

For a community that already feels overburdened by commercial traffic, the proposed site is worrisome.

Maspeth, like Greenpoint, has been fighting for more public parkland. Residents have fought an ongoing battle to convert the former St. Saviour’s property into a park. The community also deals with constant traffic congestion.

The Cross Harbor Freight Program could create more truck traffic in that area if the proposal goes through, and the expansion of Waste Management’s Review Avenue site will bring more garbage trucks through the neighborhood. The MTA also already has an Access-a-Ride depot on Maurice Avenue.

“As far as I’m concerned, if Brooklyn wants to create a park at Access-a-Ride’s present location, then an alternate site should be found in Brooklyn,” Daraio said.

Agreed. Brooklyn dumping on Queens. You gotta love it.

Unfortunately, the local electeds were not quoted in this article. Is anyone surprised? Well, this will be a very expensive relocation considering that the site requires remediation before anything can be put there. That's why it's been vacant for years.
Posted by Queens Crapper at 12:41 AM

That's not fair (to Queens). What's taken out of Brooklyn shoud be relocated in Brooklyn. Hey, why don't we get rid of riker's island then and relocate it to Coney Island. Trade off Guys! Trade off! Also throw in La Guardia and JFK airport too!! THAT WOULD BE AWESOME! LET'S START PETITIONING FOR IT! LMAO

I'm a Greenpoint resident who's been very active on this issue regarding the MTA site. I think Maspeth & Greenpoint groups should meet. I'm not familiar with the areas in Maspeth and had no idea that the community would recieve a negative impact.
I'm not quite sure if Levin or Restler know that either. But one thing is for sure. City agencies must know. This is their typical "divide communities to waste time" stategy. I say, Screw That! We need to have Maspeth & Greenpoint community leaders meet and compare notes and find out what city agency reps are trying to pull.
Please email me at bargeparkpals@msn.com
Laura Hofmann

Why can't both communities get the parks they need? There's so much commercial space for sale that won't get sold anytime soon in this economy. This is the perfect time for the city to step up and purchase property for park purposes.

Remember that Robert Moses' park push happened in the middle of the Depression!