3 Council women stand in the way of EDC oversight hearing 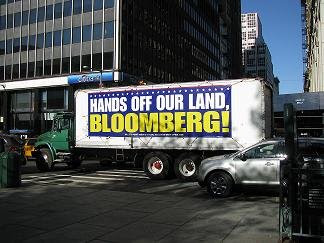 Put simply, the legislature was snookered by EDC and the city when it abdicated its land use oversight role by approving a project that lacked any specificity-or, better yet, even a developer. The money quote comes from former land use committee chair, Melinda Katz: "Well, just so it's clear, my issue in the last hearing and this one is clearly that if we do the ULURP process first, it takes the New York City Council out of the process as we move forward. It historically is not done that way. Historically we do the RFP first, the developer is chosen, then you do the ULURP process..."

Having given the mayor carte blanche in 2008, there is little the council can now do to oversee what actually does get put into those 62 acres at the Iron Triangle-a Walmart, perhaps, or an unwanted developer like Related. Now, however, EDC has unwittingly provided the council with a way out of its self imposed dilemma. By going back on its pledge to hold off on any eminent domain use until the Van Wyck ramps were approved-and initiating a new development scheme not previously vetted by SEQR at the same time-EDC has opened the door to a city council revisit.

But opening the door apparently does not insure that the council will actually walk through it-and our efforts are foundering because of the reluctance of some council members to re-open the Willets Point can of worms.

Who could be doing that? I know there are a lot of candidates. But let's look at the role of 2 of them. 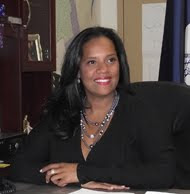 Ferreras has sought to act as an intermediary between all parties throughout the process. She said she may call a hearing into the EDC’s handling of Willets Point, though has not decided entirely.

“I am very strongly leaning towards a hearing if it’s going to answer some questions,” Ferreras said. “But there may not be any need if the questions are answered prior.”

Ah, the Willets Point council person thinks she will get straight answers from EDC. What a crock.

From the NYC Council: 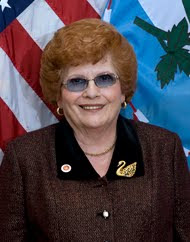 Karen Koslowitz chairs the Committee on Economic Development, where she leads the council’s effort to foster economic growth, create jobs and improve quality of life.

Prior to her election in 2009, Koslowitz served as Deputy Borough President under Queens Borough President Helen Marshall, where she represented a county of 2.2 million residents in the most diverse county in the United States.

In other words, Karen's committee would have oversight. Will her past ties to the borough president's office cause her to drop the ball on this? 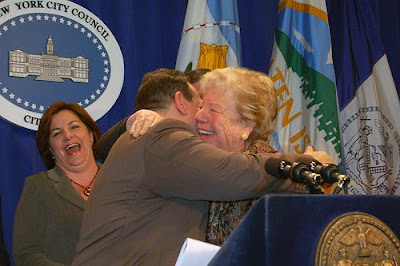 And then of course, there's Chris who not only never met a development project that she didn't like, but is the mayor's lapdog.

Time to call in the Feds in order to get a fair shake.
Posted by Queens Crapper at 12:50 AM

we have to pass the bill in order to find out what is in it???

Alot of complaining going on and no one does anything. I went to my councilmans office at 4 yesterday hoping to see others out there complaining about his role in the Franco development. While there were some people in their cars looking to see if others were coming(at least thats what they looked like to me), I walked in front of his office, stood there for a few minutes, looked around and in the parked cars with people in it and then left. A shame, and I don't even live in the area that will be affected.

I mean, really ... guys ... at least in the 3rd world the tinpot dicators look like despots

I believe that this is the second time around for Koslowitz as Councilmember. She was term-limited in 2000, served as as Boro Pres. Deputy, and ran again in '07 when Katz ran for Comptroller.
Right?

All In The Tweed Family

do not n.y.c. agency offices close at 4:pm? go to the public meetings, after registering your name to speak,prior to the night, at the c.p.b.

are you a S.E.I.U. or former disgraced ACORN, GOON ?take a lesson from the non-violent TEA PARTY PATRIOTS.

VOTE YOUR OPPOSITION OUT OF OFFICE.
big government will not solve your problems. big government is the problem. especially when it becomes a liberal dictatorship,paid for by public union members dues. a criminal money laundry machine for the democrat party, extorted from the citizen taxpayers in the private sector.

go to the public meetings, after registering your name to speak,prior to the night, at the c.p.b.

!)call your c.p.b. and register to speak at the public meeting ,two days prior to the meeting.(the rules)
2) attend the public meeting.
3) when your name is called, go to the podium .
4) speak your words of wisdom.(they usually permit three minutes), the rules.

now you have done your civic duty, and in an orderly manner.
follow the tea party patriot's habits,they rock . i know.

Why does Quinn ALWAYS look like a fat fucking beached whale when she opens up her flapper and laughs?

Is EVERYTHING THAT funny? She's ALWAYS laughing?