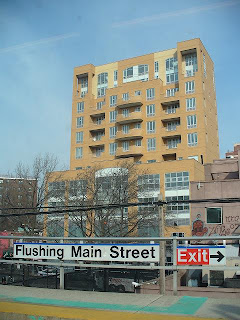 A group of Willets Point business owners and the city have been locked in a legal arms race over the last two months, anticipating a potential fight as the city moves toward the start of the approval process for a multibillion-dollar redevelopment of the area known as the Iron Triangle.

Both the city and the Willets Point Industry and Realty Association have each recently retained the services of high-profile environmental attorneys who are expected to clash swords if any legal questions arise from eventual publication of the Environmental Impact Statement for the redevelopment of Willets Point. Mayor Michael Bloomberg announced the plan in the spring.

Bloomberg hopes to transform the 60-acre swath of land into a mixed-use community that includes thousands of housing units and millions of square feet of retail and commercial space designed within an environmentally ambitious framework. Any redevelopment would be fraught with obstacles as the area is barren of most basic infrastructure, such as paved streets and sewers, and is littered with widespread environmental contamination expected to cost millions to remediate.

"Time is of the essence here, so that if a new mayor comes in, he can't reverse it," [Claire Shulman] said. "This is the first mayor to give us this opportunity."

Claire has also been busy pushing for improvements to the Flushing LIRR station to help her developer friends:

Members of the Metropolitan Transit Authority and the LIRR met with representatives of the borough president’s office, local developers and the Flushing/Willets Point/Corona Local Development Corporation to discuss possible improvements to the station.

The meeting, which was proposed by Flushing/Willets Point/Corona Local Development Corporation President Claire Shulman, was held onsite on Monday, October 29.

Developers pushing LIRR to fix up Main Street station
Posted by Queens Crapper at 12:19 AM

Hey, why don't they run over and hire Gerry Walsh from Dutch Kills.

A real zoning fireball there.

Shulman said. "They would like to stay, but the pollution at the site has to be dealt with."

Where was this bitch all these years when she could have done something for the Willets Point businesses? Now she wants evict them. Clean it up for her friend Wellington Chen to develop. This is soooooooo wrong!

I wish that Claire Shulman would go away !

Haven't we all had enough
of her scheming machinations ?

She's cut from the same cloth as Manes.....
that malevolent Bovine bitch!


Crafty Claire is still acting
as though she were borough president
instead of the highly paid
building industry lobbyist that she's always been.....
but now it's all out in the open!