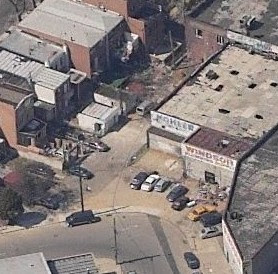 For years, Borough Park residents have complained about an overgrown plot of land in their neighborhood. Now they have turned their ire toward what is being proposed to replace ...the warehouse: an 8-story structure with 145 apartments, underground parking and a commercial component that could be a hotel.

“This community does not want this project,” said Hershel Waldner, one local resident. Noting that the developers are from outside Borough Park, he added, “If they would have proposed a project like this in their neighborhood, they would have been tarred, feathered and run out of town on a rail.”

On an Unloved Lot, a New Source of Friction

The proposal would require a zoning change because it is higher than the surrounding buildings, most of them single-family houses. It had earlier drawn attention because one of its developers was Mendel Brach, who had been accused of breaking city zoning rules on a building in Bedford-Stuyvesant. Mr. Brach had also built a structure in Williamsburg that was widely and derisively known as “the finger building” because it is much taller than its neighbors.

Mr. Hornstein argued that the building would bring needed apartments to the area. But opponents say it would do little to help ease neighborhood crowding because the area’s Orthodox Jews, many of whom avoid elevators on the Sabbath, would be unlikely to live in a tall building.

Guess what, guys - there are sabbath elevators that open on every floor without pushing buttons! Go to Mount Sinai Hospital for a demo. Besides, you'll have to explain why this proposed 8-story building is bad, but this similar 7-story building built for your community is okay. You'll have a stronger argument if you limit your protest to opposing the spot-zoning of your single-family home neighborhood.
Posted by Queens Crapper at 2:07 AM

Not unless the are from Queens. Then the local newspaper would run a feature on them.

These are nothing less than intrusive
Nazi type building tactics.....imposing a despotic/developer's will
in an otherwise low scale neighborhood !

And who said "never again" ?