Parks Department's about face on reservoir 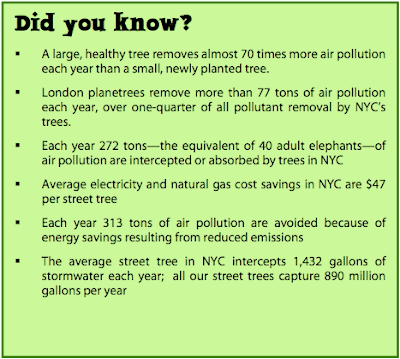 In 2005 the department of parks prepared an assessment report on the Ridgewood Reservoir. The following is from the introduction of that report:

"In 1984, Parks established the Natural Resources Group (NRG) with a mandate to acquire, restore and manage natural areas in New York City. The wetlands, forests, meadows, and shorelines under NRG’s jurisdiction provide valuable habitat for hundreds of species, from rare wildflowers to endangered birds of prey. In addition to the goals mentioned above, NRG serves as a clearinghouse for technical research to aid in the protection and restoration of the city's natural resources. This inventory of Ridgewood Reservoir was conducted in 2005 as part of NRG’s commitment to improving the natural areas of New York City parks.

Today, the reservoir’s outer basins are filled and completely vegetated, while the middle basin contains a freshwater pond skirted by reeds. Habitats in the vegetated areas include closed forest, scrub, woodland, and vineland. Ridgewood Reservoir is located along the Atlantic flyway, one of the four main bird migration routes in America. Millions of birds (as well as bats, butterflies and dragonflies) travel the flyway each fall and spring. Natural areas along the flyway, such as Ridgewood Reservoir, provide these animals with food and shelter. A popular pedestrian and bike path around the reservoir offers views of the neighboring landscape as well as glimpses into the reservoir.

In 2005, NRG was preserving the reservoir. In 2007, we are preparing to cut down all the trees and pave it over. The graphic is also from the Parks Department.

Info from Save Ridgewood Reservoir and NYC Parks Department.
Posted by Queens Crapper at 7:27 AM

Benepe is a brutal bastard of a barbarian.....
allowing this to happen !

His "legacy" will not be forgotten !

G-d (whoever "IT" may be)
still presides over the eternal scheme of things
(whatever that may be).

Kids are getting obese. To cure obesity, we will rip out the trees and all vegetation. We will then cover that land in concrete and artificial turf.

Hopefully, the kids will be injured badly on the concrete, and, whoever is left will be killed slowly by the cancer-producing chemicals in the artificial turf.

The result? No more fat kids. No more birds, bats and insects shitting all over the places where the "precious people" visit.

The important result: payoffs from the concrete and artificial turf companies. Then: the Coup de Grace: we sell the unused land to developers for even greater kickback money.