Thanks To Our Heroes 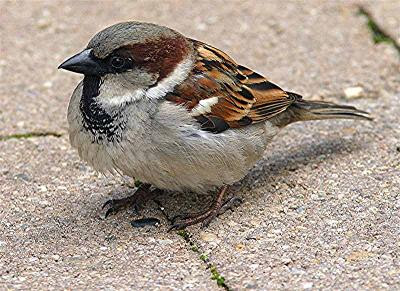 I came into my office at Queens Borough Hall on Monday, Nov. 5 and was startled to see two sparrows trapped between the widow panes. One was lying on its side, the other was hopping frantically around looking for a way of escape. My staff and I attempted to free them but were afraid we would kill the one still showing some life. We thought it best to contact someone who would know what he was doing, and so I began my search to find someone to help.

You would think with all the contacts I have, it would be easy. Not so. My staff and I called custodial service at Queens Borough Hall, 311, 911, the Humane Society, ASPCA, the New York Animal Rescue, 102nd Precinct, NY State Environmental Conservation, Fish and Wildlife and Bobbi and the Strays. Finally I contacted the fire department, Engine Co. 270 in Richmond Hill, who gave me a contact at Ladder Co. 151 located at 111-02 Queens Blvd. We were told they would stop by when they completed their run. They were here in less than 1 hour. I was anxious because my window faces south and the sun was shining in the window. It must have been unbearable for those two little sparrows.

Our five firefighter heroes arrived and began the rescue effort. They gently removed the two sparrows to our relief. It was touching to see these firefighters in full gear, heavy coats, boots, helmets, tenderly removing these hapless sparrows while I covered my eyes in the other office.

We want to publicly thank Ladder Co. 151 and our heroes who had to rush to their next run before we could get their names. Thank you to our heroes.

Mary Ann Carey
District Manager
Community Board 9
Posted by Queens Crapper at 12:49 AM

this was so refreshing. in a world overflowing with human mass, most people don't care about these beautiful lives. CHEERS for you and your ladder people.

They have always been symbols of hope for me
and proof that angels with wings don't necessarily
take human form.

Would be nice, too, if officials in Queens Borough Hall started showing equal concern for the people they're paid to represent who are also being "boxed in and trapped" by all the over-development they support. :(

Fly on, little wing. Your perseverence in this mad world is an inspiration to us all.

finally I cann write something nice,
cheers to you and your staff for taking time out to help,
and god bless our fire fighters!!