Police may have a hate crime on their hands after a Rego Park elementary school was tagged with antisemitic graffiti overnight on Friday depicting swastikas and other Nazi symbolism.

David Aronov, a representative from Councilwoman Karen Koslowitz’s office, said their office got a call about the markings left in the playground on Friday afternoon as school staff noticed and paid a visit with state Senator Toby Ann Stavisky to P.S. 139, located at 93-06 63rd Drive, to see it for themselves.

“I am horrified, disgusted, and nauseated, to say the least, of what I have witnessed today,” Koslowitz wrote in a Twitter post. “Nazi imagery and anti-Semitic slurs were drawn at the P.S. 139 Playground in Rego Park. I was on the scene today and most of the imagery has been washed away. Enough is enough!”

Aronov said the 112th Precinct was called to investigate, though many of the markings had been washed away by the time police arrived to take the report.
One drawing, reminiscent of the Nazi Wehrmacht eagle, is believed to have taken a little longer to create, Aronov said, leading them to believe the work was done sometime in the night.

I found this last one interesting. The hatemongers decided to scrawl the Soviet Union's old hammer and sickle too for some reason, then suddenly got conscientious and scratched the word Jews. As if all those swastikas weren't significant enough.

Gov. Andrew Cuomo has ordered State Police to help find the vandals who scrawled dozens of Swastikas and other anti-Semitic symbols and “Heil Hitler” in a Queens schoolyard.

The Nazi symbols and slogan were discovered on Friday at Public School 139 by a school custodian who reported it to the NYPD, Education Department officials said.

"I am appalled and disgusted by the Swastikas and other anti-Semitic symbols of hate that were scrawled in a Queens schoolyard,” Cuomo said in a statement on Sunday.

"In New York, we have zero tolerance for such vile acts of anti-Semitism. I am directing the State Police Hate Crimes Task Force to immediately assist the NYPD in the investigation of this hideous act and hold those accountable to the full extent of the law.”

Yeah, Andy, send the state troopers to get these vandals. Such a dumbass exhibitionist. Fix the subway idiot. 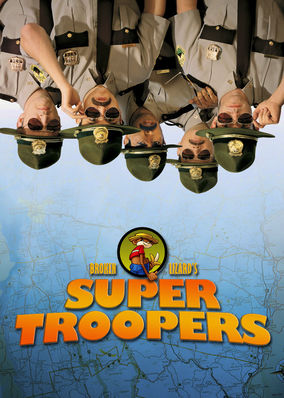 "During the past 22 months, not one person caught or identified as the aggressor in an anti-Semitic hate crime has been associated with a far right-wing group, Mark Molinari, commanding officer of the police department’s Hate Crimes Task Force, told me."

What 'vibrant and diverse' ethnic group do you guys think is responsible for this dastardly deed? something tells me they're not German........

There was gang graffiti outside councilman Francisco Moya. MS-13 & 18th street gangsters tagged his wall to make a point and the councilmember refuses to acknowledge that enforcement with the help of the feds is better at dealing with these violent street gangs.

I cant help but to feel like this is a setup. It's almost a little bit too convenient.

Regarding the culprits, my bets are on:

1.) Anonymous #1's guess: A member of a 'vibrant and diverse' ethnic group that is not German

2.) A fake hate crime perpetrated by someone Jewish

Wait a second the governor ordered State Police use on city civilians, on city property ?
That's 100% illegal and violates The Posse Comitatus Act.

I think the governor may be the Nazi.
Unless this happened on a state highway, bridge or park The Posse Comitatus Act limits a states power to the maintenance of peace, orderly elections, state emergency's like earthquakes & hurricanes regarding any state's role of exercising police power

Kids doing stupid sh!t - looking for publicity. Best thing to do is take a hose and wash it down and say nothing.

Now you will just throw the gasoline of publicity they are seeking.

Video all over the city and none of the idiots in a schoolyard who likely took 20 minutes to draw all that shit?

Another false flag, phony hate crime, look for some leftists to have done this. Surprised they didn;t write "This is MAGA country".

Local Russians likely fed up with all the Bukarians did this.
The rift has been stewing for quite a wile, both are aggressive and hate each other.
The MS-13 and local kids are to stupid to draw that Soviet Union hammer and sickle that correct.

Hammer and sickle, and swasticas were not drawn by MS-13, local kids or the “vibrant and diverse”. They were drawn by old time right wing white supremicista who speak that language.

Turns out it was a 12 year old kid. Don't you all feel a little stupid now for jumping to conclusions?

Horrible, but note it is the action not the symbol that counts. Swastikas are common in Hinduism before Hitler, and in Medieval Christianity were considered "broken crosses" which signified the death of death. Likewise, the Confederate flag is really the flag of Scotland with the Cross of St Andrew. St Andrew, brother of Peter, was crucifed on an X-shaped cross. Further, the foreign born are better skilled at concealing their hateful motives. THis is why the entire concept of hate crime is foolish. Prosecute the CRIME. Stop coddling ANY criminal.

Sandblast the crap off and get on with everyone's lives