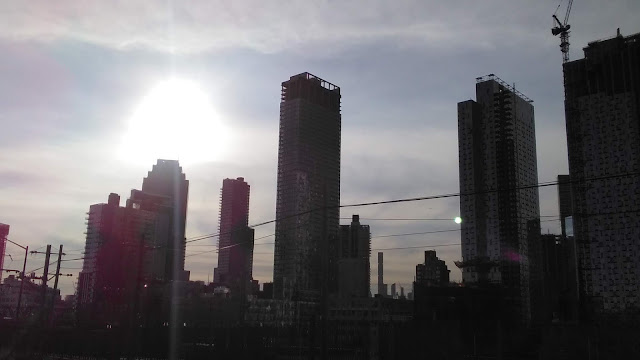 A recent study on rezonings could prove problematic for the de Blasio administration the next time it tries to rewrite the rules for development to promote affordable housing.

The January report studied two citywide rezonings in Chicago and found that housing prices there increased shortly after the zoning changes went into effect, while permits for new construction didn't increase. That conclusion could bolster New Yorkers' fears that the city's policy of rezoning neighborhoods for greater density will simply raise housing prices and increase the risk of displacement without delivering enough market-rate and affordable units to ease pressure on the housing market.

The de Blasio administration countered that rezonings in New York typically have spurred serious amounts of construction. And because City Hall has instituted a policy requiring some of that production to be permanently affordable and has created protections for existing tenants, the city argues the 15 neighborhoods targeted by the mayor for greater density will ultimately be a net win for New Yorkers.

Both sides have a point.

"The funny thing about my study is that … everybody is convinced that it proves their side of the equation," said Yonah Freemark, an MIT doctoral student, who authored the report.

Although rezoning for greater density seems like a logical way to alleviate housing crises in big cities, the effects on the neighborhoods themselves are not well understood. Most studies tend to take very broad views of housing policy to draw conclusions, such as cities with stricter zoning tend to have higher land-use costs. Studying the effects on a neighborhood level, however, has been more difficult. In New York, for example, many neighborhoods are rezoned precisely because they are already growing, making it difficult to attribute changes to pre-existing market forces or to the rezoning itself.

In addition, existing homeowners might expect that new development will bring more amenities to the area and so they jacked up their prices in response. Yet the study found that new building permits never materially expanded in any meaningful way after five years.
"If the product of upzoning is no change in construction levels but increases in property transaction values, including for some existing housing units," Freemark wrote, "this policy may have some negative consequences in upzoned neighborhoods that rapidly become more expensive." In other words, a rise in housing costs without more supply could put existing residents at risk for displacement.
Posted by JQ LLC at 5:58 AM

We will never build enough supply in NYC to meet the demand. It's interesting that urban planners are against roadway construction because they find that the more roads you build, the more you "induce demand" and make it attractive for more people to drive, so you always end up with congestion. It seems that the same holds true for additional housing in NYC. We can make every neighborhood as dense as midtown Manhattan and it won't make a difference because the demand to be in proximity to Manhattan and Brooklyn is so high. In the meantime, the City would do well to encourage business development away from the Manhattan core. It would help with congestion and transit issues for sure.

It’s about time that most people realize that the liberal politicians in NYC are not in favor of rezoning to help the average renter, but to assist developers in making money. They all preach affordable housing but they personally don’t go near it until Election Day. All that they do is to pass laws on rent control which does not impact the developers since the law exempts new construction.

It already is unaffordable and very DIVIDED. Look at queens which boasts that its "vibrant and diverse". The vibrant and diversity ends at us just living in the same borough. But as far as us actually living intertwined with each other, that doesnt happen. Chinese and koreans will never live in predominantly black neighborhoods, they will buy out all the black families and actually completely take over the area (cant blame the asians for that one since the black people are the ones selling their properties to them). The Hispanics all live in the same areas, the Indians all live in their own areas too. Look at our schools...how does anyone explain the fact that flushing high school is made up of mostly blacks and Hispanics but the predominant race in flushing is Chinese and koreans? But if you look at francis Lewis high school, the school is 80 percent Chinese and Korean but Jamaica is just as far away from Francis Lewis is as flushing is. I dont see many black people living in flushing anymore. Also, nobody knows how to speak English anymore. Also, there's ALOT of housing discrimination going on as well. We all know that a Chinese/Korean realtor would NEVER sell a property to a black family and when a white person is interested, they jack up the price of the house (this happened to my dad when he was looking at 2 family houses a couple of years ago). People only sell real estate pretty much to their own kind and that needs to stop. Also, what regular person anyway can afford to buy real estate here? Most of these houses that are bought are bought by foreign investors and just rented out to a bunch of their own kind of people. We have too many problems with NYC anymore, no regular person can actually afford to buy housing here. If you bought housing here before the 2000s, you got a good deal. For the rest of us who weren't old enough to buy real estate here back then, you're screwed. The government sold out the citizens who were born in this city just so they can profit themselves from shady deals with foreign investors.

^Dunno about that. Elm is pretty mixed, everybody lives together pretty much. People buy and sell houses all the time, people do tend to congregate "with their own kind", but it's not necessarily like a one-to-one nationalistic thing; more like a wanting to be within a certain band or spectrum you find desirable. So Asians live with Asians, Guyanese with Indo-Carribean communities, etc. Whites are like the, well, white bread of choice- bland so they go with everything lol. Too much and there's no real nutrition or flavor though haha!

To the actual meat of the post, it's interesting how the study's author even called out that both sides would use his report to justify their thinking. Let's hope those who influence (re)zonings even bother to look at it..