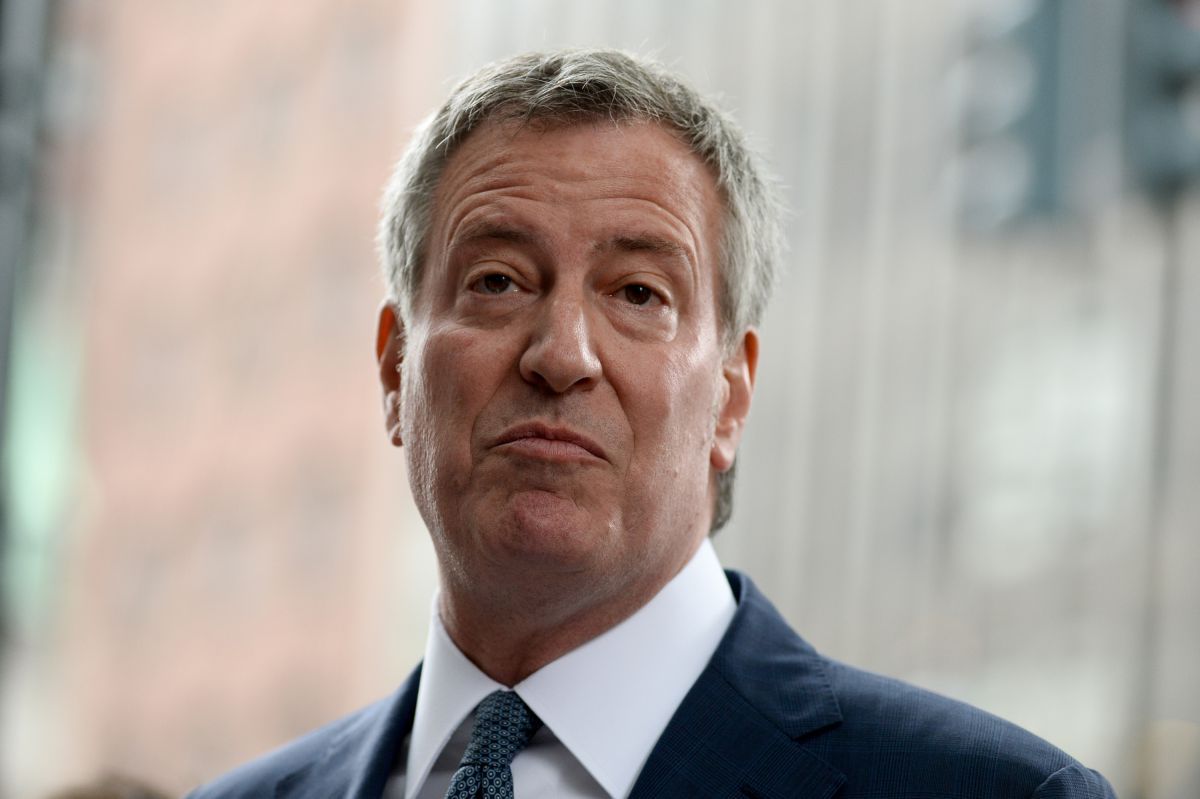 A day after a cop was killed in Queens in a tragic case of friendly fire, Mayor Bill de Blasio’s office announced Wednesday he was postponing a planned trip to New Hampshire to test the presidential waters.

City Hall spokesman Eric Phillips attributed the postponement to Tuesday night’s line-of-duty death of NYPD Detective Brian Simonsen. The detective was killed by a stray bullet fired by fellow cops at a robber who was pointing what turned out to be a fake gun.

Phillips, however, said the mayor still plans to speak at Harvard University on Thursday night “in his official capacity.”

When he was running for a second term in 2017, de Blasio pledged to serve a full four years.
But he has since said he is not ruling out a run for the White House in 2020 because “the world has changed.”

Will he just go away already?? He stands as much of a chance of becoming the Democratic presidential nominee as his flunkee Cynthia Nixon did of becoming governor of NY. She's toast and he will be too, he's just too delusional to admit it now.

“the world has changed.”...but not for the better. Apparently AOC has stolen the 'Progressive' thunder. If deBlas, AOC and the other loons just elected to Congress are the road we're taking, I'm turning back.

If he ever gets elected for president then I know this country is has a serious crack problem. He cant even run a city right, let alone a country.

This man has destroyed NYC, I hope this delusion of running for president dies a quick death. Wonder if we'd be hoping for a trump re-election....

He's our Savior? Go away BDB. We've had enough of you.

If he became President, you'd basically have homeless people wandering around every neighborhood of America and climbing in your car for free rides to the city to panhandle and do drugs?

Bill and AOC and all the insane extreme left and right wing nuts don't represent 2% of this city, state and country. Most people, including those reading this, are idiots. They listen to these fools as if they have some extra knowledge, extra education. The reality is that while no one is stupid, they treat everyone who supports them as if they were.

Free Education, MetroCard, Healthcare, Food, Transport, jobs....I don't disagree that we need to fix this Shite...but can't the normal adults get to the table and figure this out?

DeBlasio and his wife...are the worst...they are extremist who have infiltrated NYC and need to be removed...

This country needs the Dope From Park Slope as a president like San Francisco needs another pile of human feces deposited on its sidewalks. This fool has a severe case of Delusions of Grandeur, when he has only brought failure, corruption, and embarrassment to a once-great city. People who can are leaving the city at record rates. So stay home, you economy-sized idiot, and save the NYC taxpayers a few bucks you didn't spend traveling, for once.

This jerk for President? Hahahahaha what a joke

This jerk for President?
Don't laugh, this country has the stupid voters and young public school brainwashed socialists to make that very possible.
Obama, Cortez, DeBlasio and Cuomo II are all proof of this

That dim bulb was really considering himself presidential? I've heard it all now!

Let BDB run for prez. Let him spend the money. They'll be jobs, he'll wash his money and that's that.