Mayor de Blasio is headed back to Iowa.

Hizzoner — who has not ruled out a run for president in 2020 — will visit the home of the first presidential caucus this weekend, two sources confirmed to the Daily News.

That comes after he had to scuttle a trip to New Hampshire, home to the first presidential primary, that had been scheduled for last weekend. The trip was called off due to the tragic death of a Detective Brian Simonsen in a friendly fire incident.

he mayor will speak to the Asian & Latino Coalition in Des Moines on Sunday, according to the Des Moines Register.

He was last in Iowa in December of 2017 — when he spoke at the holiday dinner of political group Progress Iowa. Prior to that, he visited the state to stump for Hillary Clinton, but was relegated to knocking on doors and never crossed paths with the candidate.

Asked by The News whether anyone ever does urge him to run for president, de Blasio at first bristled: "I’m not going to try and fall into the trap of the question.”

He said when he had more to say on the topic, he would — but said plenty of New Yorkers have urged him on.

"I get a lot of encouragement from people. I know it may be hard to believe, after we've talked about placard abuse and the anger and frustration that New Yorkers feel on that issue broadly. But every day I have New Yorkers come up and talk about different things the administration is doing that they like, and plenty of people who urge me on for the future,” he said.


As everyone who reads a newspaper, watches television, and has a frickin' cellphone knows; Bernie Sanders just announced his candidacy a few days ago. He is currently second in the polls behind Biden, jumped ahead of the corporate news media hyped Kamala Harris and has raised millions in just 48 hours. So the progressive candidate is already established and continuing this exploratory run is purely mental.

This is pure speculation, but it looks like Da Mayor is looking to ditch town after the public advocate election. 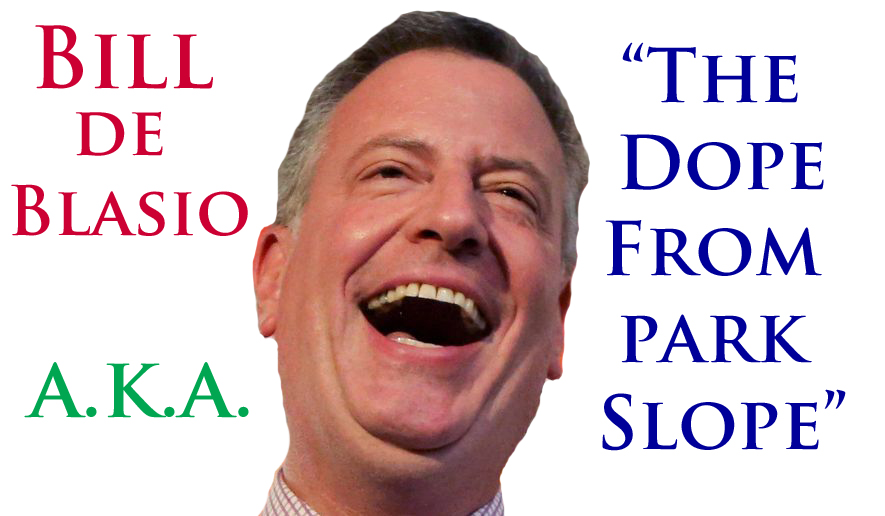 I CERTAINLY WONT be voting for him! I'd rather vote for a turtle over him.

"mayor will speak to the Asian & Latino Coalition in Des Moines on Sunday, according to the Des Moines Register"

They can have him, New York doesn't want him!

What a goofball! Can't you folks keep these whackos home on the NYC range?

maybe he will run on his record. Like his criminally negligent management of NYCHA.

and his pay to play campaign fundraising in city hall. Which is still going on with his wife in charge.

Hey everybody, check out Gothamist post on this story a day after I did it.