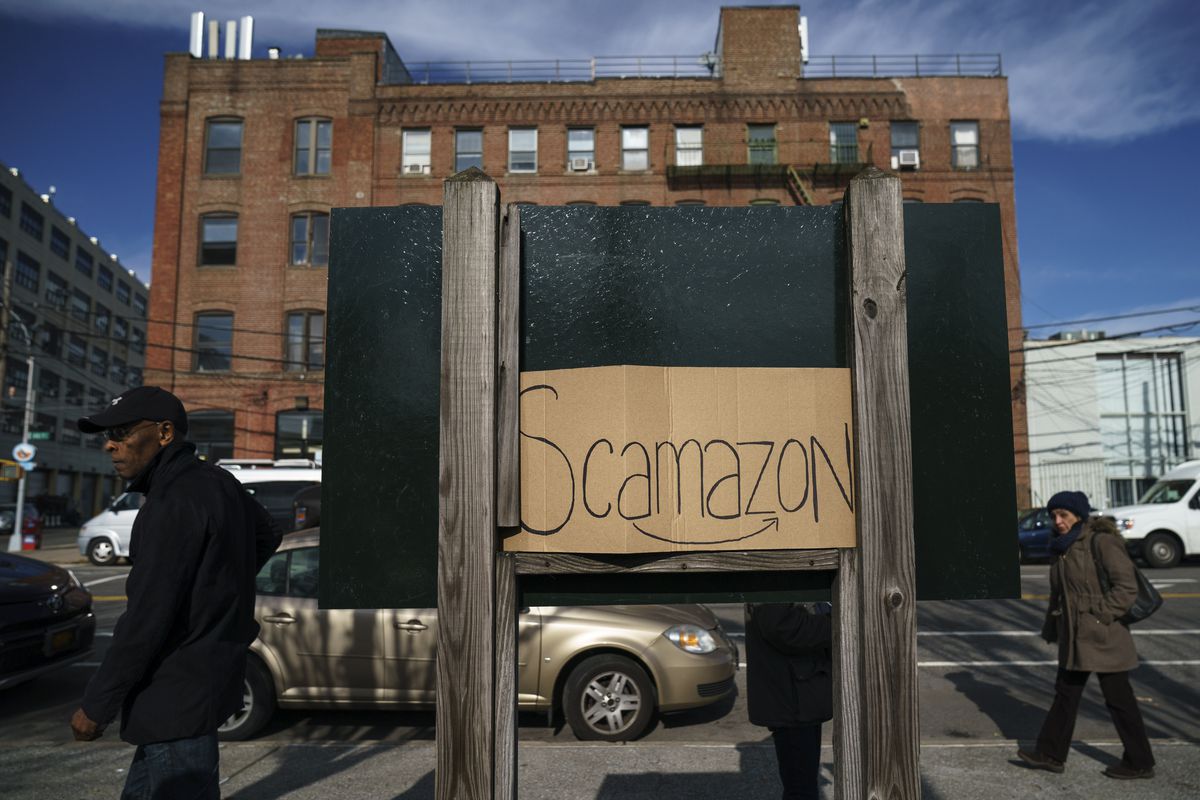 State Sen. Michael Gianaris’ war on Amazon has led the Queens lawmaker to target tax incentives tied to the Trump administration and meant to spark investment in poorer neighborhoods.

“What was intended to benefit investment in economically distressed areas is now being used to boost investment in very wealthy area,” Gianaris said. “It’s completely bastardized the intent of the program and turned it on its head.”

The area around the waterfront site is one of 306 census tracts in the city that Gov. Cuomo recommended as “opportunity zones.” The Treasury Department signed off on the designations late last year.


The company is already in line for $2.8 billion in grants and tax breaks from New York state and the city. Lawmakers and labor leaders argue the company is not doing enough to earn the incentives.

Meanwhile, a poll, conducted by HarrisX on behalf of Amazon, found 69% of New Yorkers approve of the internet retailer coming to the city, with 19% opposed.
Posted by JQ LLC at 5:38 AM

Too late !! Amazon is here to stay.

Keep em out! Those Amazon folks will strip any remaining independent business,and continue to abolish what is known as a department store.

Those 40000 tech jobs or warehouse jobs? Chances are more than half go to the 15$ per hour sector.

People are lazy man. No more movie theater visits, no more sears,no more "feeling the fabric" before making a purchase.

Good luck to Sen. Gianaris, the Amazon deal is a priority for Gov. Cuomo just like the Tappan Zee bridge and LaGuardia airport projects, woe betide any NY Democrat who opposes Gov. Cuomo on these big deals, if Sen. Gianaris seriously tries to block Amazon he will find himself on the outs, unless of course he is just grandstanding.

Gianaris does nothing except the bidding of his handlers, the drooling knuckle dragging neanderthal real estate interests in Astoria. Cannot think of anything he has done in public service for the community, nor any reason anything he says has a shred of usefulness.

He is scared he will go the way of Crowley. He should. He is next on the 'hit parade'.

Too bad Mike didn't get any of the action. When he gets the payola, he will be singing a different tune.

They don't want no stinking jobs in Ravenswood. They might have to pay a real rent and their food stamps, WIC, childcare subsidies, etc will be cut.