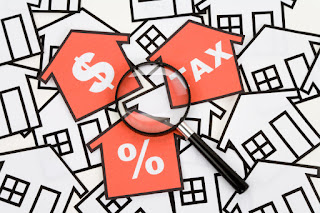 New York state lawmakers are pushing Mayor Bill de Blasio to move faster on a promise to take on a property-tax overhaul, saying many residents are already being financially hurt by changes to the federal tax code.

“It’s urgent that we move forward,” Assemblyman Michael Cusick, a Democrat, said during a finance hearing in Albany Monday where the mayor was presenting his preliminary budget.

The mayor’s budget appearances in Albany take place several times a year. It’s typical for state lawmakers to grill the New York City mayor on subjects ranging from taxes to schools to police.

At one point, State Sen. Catharine Young, a Republican, asked Mr. de Blasio why Shola Olatoye, the head of the city’s public housing authority, was still at the helm amid concerns over management issues, including revelations the agency had failed to conduct lead-paint inspections required by law for four years. Mr. de Blasio defended Ms. Olatoye, saying she had made progress in a difficult agency.

But many lawmakers in Monday’s hearing focused on property taxes, an issue that in New York has cut across partisan lines.

The mayor said he would “unquestionably” roll out property-tax changes this year. But he said any changes would have to be “revenue-neutral” to allow the city to maintain its current services.

The city’s property-tax rate hasn’t increased under Mr. de Blasio, a Democrat. But the levy has grown by 23%, or about $5 billion, since fiscal 2015, the first full year he was in office. The increase is because of a rise in property-value assessments by the city.

Cuts to property taxes haven’t been a priority for the liberal mayor and liberal City Council. But the city could change the way it assesses property values to reduce what many residents, lawmakers and experts have said are disparities in the way the levy affects homeowners in different areas.
Posted by Queens Crapper at 12:35 AM

So, when does Mr. de BLASS-hole finally go to prison, I shouldn't wonder, with the REST of the kakistocracy of Albany madmen, all of whom destroyed public trust, ethics, integrity, accountability and transparency, with impunity (i.e., 'Garglyle Andy' of the dynastic Cuomo LEGALLY organized crime family ring of corruption, graft and greed, along with Sheldon Silver, Dean Skelos & Son, etc., etc., etc.)?

The reason why there is lawlessness and anarchy at the bottom is because of the grinding cabal of total government tyranny, lawlessness and anarchy at the top, where jail is STILL for the peasants for whom petty crimes were designed by these empowered idiots to incarcerate for the long term, versus the REAL, grand larcenous crime that goes without punishment of any kind (for which the ever languishing taxpayer continues to pay a soul-crushing price)!

❝We hang the petty thieves and elect the GREAT ones to public office.❞ —Aesop

❝The men the American people admire most extravagantly are the greatest liars: the men they detest most violently are those who try to tell them the truth.❞ —H. L. Mencken - (1880-1956) American Journalist, Editor, Essayist.

❝Government is a disease masquerading as its own cure.❞ — Robert Lefevre

❝To learn who rules over you, simply find out who you are not allowed to criticize❞ —Voltaire

❝It is easier to fool someone that to tell them that they've been fooled.❞ —Mark Twain

Should be titled "Mayor dumbdumb goes to Albany".

Capo meeting on how to rip off the unsuspecting public with new schemes.