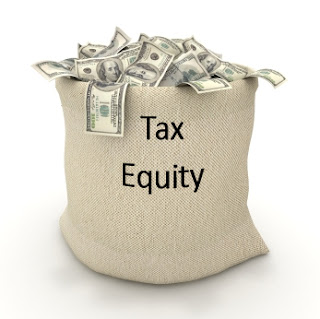 Something is afoot on one of the city’s diciest policy issues: property taxes.

Mayor Bill de Blasio promised Tuesday his office would soon move to reform property taxes—two days before his finance commissioner will appear at an event with a group suing to change them.

The mayor made the remarks at an unrelated afternoon press conference in Brooklyn, more than a year after he said he would assemble “a task force or whatever” to examine the city’s patchwork, piecemeal property tax system.

The group Tax Equity Now—an odd-couple coalition of civil rights groups and real estate powerhouses—have sued, alleging that owners of some dwellings get favorable treatment at the expense of minorities.

De Blasio reiterated his promise to tackle the “massive undertaking” in the near future, and noted that it would involve changes in both city and state laws. He declined to provide further details.

“We will have much more to say on the property tax issue in the next few weeks. It’s clearly a priority for the second term,” he said Tuesday. “We will, I believe, fundamentally, we will end up with a more straightforward, more transparent, more consistent property-tax system for homeowners and co-op owners and condo owners. But we have to ultimately be revenue-neutral in terms of its impact on the whole city. And those are the ground rules that I will proceed with.”

That means if taxes are reduced on some properties, they would be raised on others by the same amount. The prospect of a tax increase on owners of one- to three-family homes, which would trigger a political outcry, has kept city politicians from even attempting to reform the system for years.
Posted by Queens Crapper at 7:10 AM

Why is NYC not under the New York State yearly cap ?

The bill is a shill, lets see if they disclose the backpage print.
Yes the mayor is coming for you spare room or unused basement via a new tax structuring where you will have to pay, rent it, or take in a sec 8 tenant if the city considers your space "under used"
You will also need to co-operate with census workers.
Its like the system they did in Denmark to make all types of housing shared, equal distributed and available for all no matter what your income.

Who can he raise property taxes on? They're too high all across the board.

My prediction (which I hope I'm very wrong on):

1. This will somehow end up benefiting large developers of project/hi-rise style apartments

3. That will be called "fair, transparent, and equitable" by the Big-Dope.

Why dont they tax these stupid mcmasions more money? We all know these are not only being used for just two families! Please tax them more money! If you can AFFORD to buy a one million dollar house and knock it down to build one of these ugly these, then you can AFFORD to pay more taxes for the PROPER AMOUNT of families actually living in the house!

So why doesn't city council stop him?

- go after Jimmy who is getting all those headlines that he 'cares'cause he looked the other way when they started lining the route of the elevated trains from parking lots to 8 story buildings. Now tenets, communities and developers are all p*ssed that the transportation infrastructure is starting to fall apart. Not bad when all those agree on something - you know you hit a home run. (and don't you like how the reverently the Queens press treats his concern?)

Sooo, where is city council on THIS issue, eh?

Get the Vaseline and be prepared to bend over deeply, homeowners!

Why should I pay more taxes for my Mcmansion that I bust my behind to get, because ou cant have one. Screw you, I worked hard for what I got. So to raise taxes just because your jealous of my success is not right. Not everyone is born wealthy, why don't you work harder then maybe your thinking will change.

McMansions' owners not paying enough property taxes is rather low on my list of priorities...that can be dealt with after we see whether and how much the same can be said of commercial property owners, foreign investors, luxury-high-rise condo owners, etc etc.

When all those entities are forced to pay the proper due, then we can look at people with very large homes on very large lots, which, I suspect, probably aren't paying enough - but only to the tune of a few hundred dollars more per year, if it's anything "short". And where will that few hundred dollars go, and to whose benefit? If the occupant intends to live in the area for the long-term, he is directly contributing to the local economy one way or another, unless he's trucking in all his groceries from Jersey or something.

And the very definition of what constitutes "short" needs to be re-addressed and legitimately and methodically substantiated. My home sits on a "large" lot 47x65, by whose definition is that "large"? It is an old-frame house built a century ago. I benefit not a jot from any city service, save sanitation, and that's debatable (I ran after the truck three blocks this morning, since the way they "loop" the trucks in the area is, well, loopy).

Go after the people MAKING LARGE SUMS OF MONEY from renting to LARGE NUMBERS OF PEOPLE. Like, in the hundreds and thousands of renters numbers.

New York State, New Jersey, and California are over taxing the working/productive residents to death. Then they(government officials) gladly waste it on "Crap", line their pockets and give it to the welfare state.
The Sixteenth Amendment to the United States Constitution in 1913 stated the Federal tax rate a 1% look where we are now.

Raise taxes on big developers in Flushing , and around NYC, who overtax old infrastructure and own the politicians. Mc Mansion tax? A fart in a hurricane.

California now has just started "no questions asked" "Universal Basic Income" of $500 a month for illegals and the poor. DeBlasio is sure to copy it shortly.
All kinds of free stuff & hell is sure to brake loose with coming mid-term elections.