Ciafone throws BdB under the bus 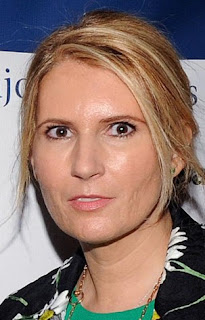 Directly hit up for big-dollar donations by Mayor de Blasio and his associates, the owner of a movie and TV production services company complied for fear that her business would be crippled if she failed to raise money for the mayor’s causes, her husband told the Daily News.

“There was never a threat or anything, but if your boss says you gotta do it, you gotta play ball,” lawyer John Ciafone said of his wife Gina Argento, the power behind Broadway Stages in Greenpoint, Brooklyn.

“He’s asked her (for money) and then his minions asked her and Broadway Stages.”

The requests paid off — Argento raised $167,000 for the mayor and his causes, including writing four checks totaling $70,000 from herself and her companies.

“Here’s their concern, which is why they have to play the game of giving,” he said of Broadway Stages. “In the film industry, you have to take over parking on the block for the filming. At different times it was difficult to film because the mayor’s office would arbitrarily issue hot spots.”

He described the “hot spots” as areas “where you can’t film in that area.”

“They get complaints, they say ‘We’ve been oversaturated with complaints. We want a freeze.’ That was done in Long Island City, parts of Brooklyn, Greenpoint. Specifically Broadway Stages, they were given hot spots right outside of where they’re located. They had hot spots right outside their building. No explanation. It’s their discretion. It is what it is,” he said.

Ciafone said if the mayor’s office denied a permit, there was no recourse.

“There’s not much you can do about it. It’s up to the discretion of the mayor's office of film where they’re going to instill those hot spots,” he said. “For TV or movie productions, it can be devastating. Suppose you’re filming and you want the flavor of a brownstone neighborhood or you want the flavor of New York City skyscrapers?”

And then there's the stop work order that de Blasio allegedly had lifted for another of his donor pals.
Posted by Queens Crapper at 7:02 AM

Progressives, their only goal is to make America into Ghettostan (see what Dumblasio has done for NYC)

This slightly makes Broadway Stages and Canopy Ciafone look sympathetic. And De Faustio a giant scumbag, mostly to the area constituency where filming is taking place who have to put up with these disruptions. I can only imagine the consternation on somebody coming home from shopping to go home and being told to wait until they finish shooting a scene that is only for 10 seconds on the program or movie.

Broadway Stages does shoots for The Americans, Blue Bloods, and I think Bull in the tony Brooklyn areas and Middle Village and Forest hills in Queens.

Though nothing beats his De Faustio's crooked order to the DOB to overlook violations of his convict Hasid baby cocksucker donor's school.

I love it! I hope more of the shady crap gets uncovered. I want to see this guy go down!!! He's an overgrown doofus who has no business running this great city.

Last I checked NYC is not ghettostan. Go out to St. Louis, Detroit, etc and you'll see what ghettostan looks like.

Look I hate all the people involved here but facts are facts.

Correction and apologies for any latent anti-semitism:

Hasidic Jewish people don't suck babies dicks at all, but some moils do from stories involving STD's. Again apologies for the gross and unfair generalization.

And Satmar practices the ritual of chicken sacrifices which got a bunch of people pissed off last year from animal rights activists and area regular people who are disgusted by it.

So to reiterate my last comment, De faustio whored for a public chicken killer

The news is constantly disparaging Ms. Gina Argento as the corrupt wheeler and dealer, when in reality she is just trying to make a living and keep her business finsciallly solvent in one of the MOST expensive locations in the country in terms of taxes, utilities, LABOR (MINIMUM FIFTEEN DOLLARS PER HOUR and add union wages to that) regulations, fines penalties et cetera.

Can anyone blame this business woman?

What will they say when they pickup and move their business to Canada as so many production companies have.

Even the so called "Champion of the working class" multi-millionaire Michael Moore, in efforts to keep more money for himself, used non UNION labor and denied workers healthcare benefits!

This is the cost of doing business in a Democrat, Socialist, Communist controlled City like New York.

It is not much different than doing business in Mexico, or some other third world Hell Hole...

To add If you want to film and get the good favorable "hot spot" permits and tax credits you must ALSO use catering, production company's and a shitload of other company's also on that Mayors List. These people also make big $$ donations and do special favors to get on that list.
Its the most crooked system in all the country and perhaps world.

The TV news people also have the same problem and are scared to death of upsetting the mayor. Especially if they don't run with his press secretary wishes they lose all sorts of privileges needed to operate in the NYC area.
News editors decid what storys & words make the cut the public gets to see and hear. and keep in mind there are now perhaps 200 ways to edit 1 minute of MP4 audio/video in seconds because its all done by computer. They can even do it live. No more video tape and mechanical editing machines

The public hasn't a clue how bad this situation is, its so bad they find it hard to believe but its all 100% true and been out of control since Bloomberg was elected. The news in NYC now must operate like they do in in Russia.
Can you imagine of a big company's like Disney Ch7, CBS Ch2, NBC ch4 FOX ch5 lost all the special privileges and tax breaks to operate in NYC ?

I worked at NBC and personally witnessed this activity and that was under Bloomberg...now the mayors office controls and corruptions are MUCH MUCH stronger. We were even handed a letter from the high boss General Electric-Universal suits to bow if we crossed Al Gore and Clinton in the hallways of NBC Studio 8H (Saturday Night Live)-- Several others and I were removed from the floor for refusing and eventually fired. "violation of code of conduct" and "not being family team players"
Well that's a taste of how the media, TV and film industry's) works in New York City. Mobs living under the same roofs & bosses since Clintons Telecommunications Act of 1996 (Deregulation and legalized monopoly)

Its clear Gina Argento cant even disclose the WHOLE story for fear of massive fallout, investigation thumbscrews and economic catastrophe to her investments and business.

Everything is for sale in NYC!!!!

Just hand over the money!

He has a lot of nerve. DeBlasio is a politician, they all do this. That's why we need money out of politics. BUT, the Broadway gang are the shadiest bunch. Mr Argento buys up poisoned land and builds stages right on top of them. The buildings are barely up to code. They make so much money off of the City. They pay off people left and right. Yes, Tony Argento does some good for the neighborhood and production. Ciafone is one of the worst at ripping off NYC and it's citizens. He overcharges for rent and has the nerve to call his S&*hole apartments as luxury. They get on every board so they have control of everything. This article just really pisses me off.

I Repeat, nothing will happen NOTHING, to any of the people mentioned in that article... It's all smoke and mirrors... It's just the way things are in New York City...

So when will we drain the swamp?
not if relect Mayor de Blasssssssssss
we need Donny Jr to run & clean house

Looks like the rats are positioning themselves for the 'he made me do it' defense for their post DeBlasio's arraignment trials.

Chelsea verses Donny Jr.
That would be interesting

So when will we drain the swamp?

Is more like a cesspool. Vilhelm needs to get his R&R in some federal joint.

None of them have clean hands. One is as crooked as the next. Just google each of them.