421-a not renewed by Albany 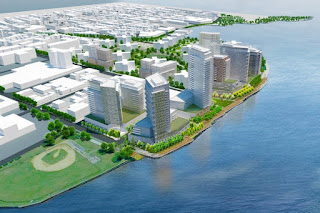 Albany wrapped up its last official session of 2016 on Thursday, without renewing or replacing the state's controversial 421-a program — a tax break for certain newly-built residential developments that expired in January.

Lawmakers were slated to reconvene in both the Senate and Assembly early Friday, but it was still unclear Friday morning whether they'd resolve the issue before adjourning for the year.

Without a tax break program, developers warned that rental housing development is likely to shrink and put a major dent in Mayor Bill de Blasio’s plans to build 80,000 new units of affordable housing over the next decade.

Both sides agree though that 421-a had been a large drive of rental development in the city, and without it, some sort of subsidy would be needed to replace it.

On Wednesday, the mayor criticized the existing program for wasting taxpayer dollars to subsidize luxury housing.

Experts say the loss of 421-a could also greatly hinder the mayor's recently-approved Mandatory Inclusionary Housing plan, which largely relied on the tax breaks to make it easier for developers to build housing that includes affordable units.
Posted by Queens Crapper at 7:51 AM

Government trying to control the natural forces of a free market.

The results thereof are always a disaster...

Alas, when voracious, empowered idiots are in control (why do we tolerate government tyranny in the first place?), then the outcome is predictably always the same: 'Delay, Deny---And, Hope That You Die!'

And, to buttress my correct analysis above, the politically elitist SCOURGES OPENLY say to each other: "Don't Blow MY SCAM---and, I Won't Blow YOURS"---AND, THEY DON'T!

No worries, when Trump starts to deport illegals there should be plenty of housing.

The other side of this is the huge tax breaks 'developers' have gotten to build apartments, which has adversely affected everything else in the city - from first responder staffing to street paving, parks, etc.

Fuck them. Let them get their tax breaks in china...

Sarc's right. They should build or not on their own. They don't need my help, or yours.

421-A = Tax breaks for the wealthy while the middle class gets screwed !

I wanted to build some more manors and now I can't.

The main reason why this got killed is because the predator developers refuse to give people the proper wage rates for construction. These fucks greed has no satiety.

This will not stop the pestilence because of the EB-5 program. Expect a lot more non-English speaking Chinese, Mexicans and Russians to be at these sites. A lot of money is being hoarded keeping non-union and non-fluent people out, in addition to building with cheaper materials.

Once again, I apologize for any latent xenophobia.

Even all organized crime family rings worldwide couldn't compete, much less rival, the entrenched, oligarchical thuggery that passes (EVERY DAY!), for responsive government, which has infected City Hall, and the bought, bribed and paid for city council---and, that doesn't even include ALL OPENLY PRACTICED, ALBANY THUGGERY, that actually now makes all crime families look like amatuers in training!

CORRECTION: In the previous comment above, I meant to say: "Even all organized crime family rings worldwide couldn't rival, much less surpass, the entrenched, oligarchical thuggery. . ."

What about the important issue! Was that terrible bill that would put "speed cameras" everywhere running 24/7 shelved or passed?

It makes no difference Richard, everyone got your point - the first thousand times too.

To the Anonymous who said, "It makes no difference Richard, everyone got your point - the first thousand times too." Whose side are you on, anyway? Don't shoot the messenger, Anonymous---the people in government whom you oddly spare from any criticism are a serious problem---not the complainants! What's your problem? Richard is right---stay ON TOPIC!