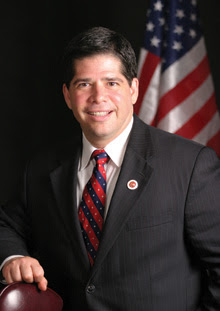 Brooklyn lawmakers introduced a long-awaited bill on June 21 to combat illegal home construction that activists say is tearing apart Bay Ridge and Dyker Heights, but critics say it could put immigrant families in a bind. A legal snag significantly delayed the legislation, so lawmakers dropped a sticky provision that created a relief fund for residents of diced-up homes who are displaced by city-issued vacate orders. But cracking down on illegal housing without a safety net will drive tenants — many of whom are immigrants — onto the streets or into overcrowded housing conditions, critics say.

But legislators had to cut the provision, because it was holding up the works, according to the bill’s primary sponsor, who argued the plan would lead to few evictions, because the city only issues vacate orders on “immediately hazardous” buildings.

“It gives the commi ssioner the option if they find a fire is about to erupt or there’s smoke conditions or gas,” Councilman Vincent Gentile (D-Bay Ridge) said. “So not everyone will be displaced — the owner will get fined, the fine will go through, and they’ll financially suffer, but that doesn’t mean there will be a vacate order.”

The legislation, announced to great fanfare in March last year, would create a building violation called “aggravated illegal conversion” — denoting a flippant attempt to subdivide a house against code — that comes with a $15,000-per-unit fine for smaller homes with three or more illegal units. It would also let the Department of Buildings obtain warrants for suspected conversions and put liens on buildings whose owners do not pay up.

It does not affect buildings with fewer than three illegal units to protect otherwise compliant property owners who create basement apartments. Nawabi and Chhaya say the city should go a step further on that front and legalize basement apartments so it can better regulate them.
Posted by Queens Crapper at 6:51 AM

What about Flushing?!? Every single family is now a 2 or 3 family illegal conversion.

Forget Flushing (Including North Flushing) It's done !
People have given up or moved to get away from the Crap that is allowed to happen.

It's all very well for that traitorous advocate for Asian immigrants. Has anyone seen what her precious Asian illegal immigrants have done to normal nice American neighborhoods? They have turned them into cheek-to-jowl crowded filthy cesspools, just like the old country. Cigarette butts and garbage everywhere, stinking odors, cruelty to animals, "I no speak English" refusing to integrate Chinese ghetto garbage. Their deity is MONEY and they will do anything to get more. Sell illegal animals like undersized turtles, stolen peoples' pets, drugs, cheap crappy goods, raid your recycling can for bottles (scattering garbage all over your lawn in the process), convert their house to a 10 bedroom boarding house, anything to get more money. They bring down a neighborhood faster than an infestation of rats. This legislation is a big step in the right direction, and the legislators should not let special interest groups, especially those directly advocating practices which destroy the quality of life for AMERICANS, deter them from doing the right thing.

NEWS for you, it is also illegal to put more people in an apartment than is legally allowed. So this logic of makes no sense.

BOTTOM LINE: This city needs to really crack down on illegal conversions & overcrowded apartments. They are a drain on the system and infrastructure, they destroy neighborhoods, and they cause unsafe hazards not only for the people living in them, but neighboring houses/buildings.

I will say it again, if you cannot afford to live in the most expensive city in the country, there are many other states to choose, a whole 49 to choose from.

China wants to fuck us every which way. This is not the responsibility of the local and state government, please call your congresswoman grace meng for assistance.

On a side note as mentioned in the last sentence, the city should update it's policy on basement apartments. There are a lot of basements that could be safe and clean apartments. Let them be legal.

LONG OVERDUE !! IT PISSES ME OFF THAT POLITICIANS WAIT YEARS TO DO SOMETHING ABOUT A PROBLEM THAT HAS SO MANY NEGATIVE EFFECTS AMONG THEM HIGHLY INFLATED PROPERTY VALUES DUE TO CHEAP ILLEGAL CONSTRUCTION.

"It does not affect buildings with fewer than three illegal units to protect otherwise compliant property owners who create basement apartments."

Of course Dizzy Lizzy Crowley will support this garbage.

Forget about north Flushing...it's done? Are you on crack or just have a cracked skull?
Obviously you malcontented nincompoop DO NOT KNOW your ass from your elbow. Shall I draw you a map?
The downtown hub has been deluged with masses and its streets stink. Not so in Broadway.
You obviously do not live there or you are that anonymous constant complainer that has been posting here for years?
Do you involve yourself in your community or just bitch about conditions? You sound like a lazy Olde Tyme bugger...an armchair critic to me!
Move already. Move your bowels. It sounds like your toxins have established a stronghold in your intestines.
Take a dump and stop dumping on those WHO WORK for their nabe's!

BOTTOM LINE: This city needs to really crack down on illegal conversions & overcrowded apartments. They are a drain on the system and infrastructure, they destroy neighborhoods, and they cause unsafe hazards not only for the people living in them, but neighboring houses/buildings.
--
But, since, as someone posted here, you have no choice but elect the person the machine puts in front of you, you are electing someone that puts the machine, not your interests, in their vision.

That means votes for the machine (illegal immigrant is often the first step for that constituency), jobs for machine stalwarts (the chicken in every pot trade) and whoopa - the infamous Queens Immigrant Agenda that, after a generation of incessant drum beating, has just about worked itself in the dirt.

Anonymous said...
On a side note as mentioned in the last sentence, the city should update it's policy on basement apartments. There are a lot of basements that could be safe and clean apartments. Let them be legal.

They come to NY because it's a sanctuary city, hell its a sanctuary state it has nothing to with being able to afford living here.

Write your Federal reps and tell them to defund sanctuary cities NOW!!!!

Define basement apartment. Many houses in queens have CELLARS, not basements. The term is not interchangeable. Cellar apartments should remain illegal because they are dangerous. They are below grade and offer no means of egress in case of fire. Only a child (and a small one at that) could fit through a standard cellar window. My neighbor has tenants in his illegal cellar apartment. If anything were to happen, there is no way for them to get out if the staircase to the upstairs is blocked. The windows are just too small to fit through.

It makes me very angry that illegal immigrants are given more consideration and rights than American citizens. What is really behind this?

American citizens WHICH INCLUDE CITIZEN IMMIGRANTS are not the problem. It is your crooked Democratic machine politicians who take money from the real estate industry WHICH INCLUDES ALL OF THEM,
No need to name the ones that sevice Flooshing. They are obvious. Take the Staviskys, for e sample, they have pretended for decades that the are your public servants. BS! They have ALWAYS served their own needs, which is the family business of politics!
Wake up. Vote out ALL incumbents. Flushing needs a good flush!

The Staviskys are not the only ones to mention. Grace Meng, more interested in Chinese issues, than serving all of her constituents. You dummies elected the daughter of a former assemblyman , Jimmy Meng, who was convicted by the feds for carrying an $80,000 cash bribe in a fruit basket in an attempt to buy a judge for an associate or friend. Bingo! You elect his daughter Grace into Congress. Now she could sit there on her plump ass on, our tax dollars, replacing that other illustrious crook, Gary Ackerman! Think smart! Vote smart! Otherwise. you deserve what you get!

As long as family is being mentioned, how about Andy Meng, Jimmy's son and Grace's brother, who tried to cover-up a murder when he was president of a national collegiate fraternity?

Ever see some of the aministrative and building codes........