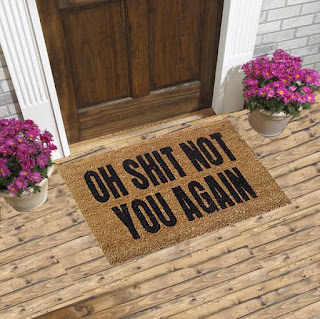 A disgraced former pol is trying to get back into politics in the neighborhood's district leader race, touting his accomplishments without mentioning his 2009 conviction for assault.

Hiram Monserrate — who was booted from the state Senate in 2009 after he was convicted of assaulting his then-girlfriend — has posted fliers around Corona and East Elmhurst listing his accomplishments ahead of the September primary.

"A lifetime of service and delivering for our community," the flier says, noting his time in the City Council, state Senate, NYPD and Marine Corps.

"Leadership with results. Our struggle continues," the bottom of the flier says.

Monserrate is barred from running for most elected offices since he was convicted of a felony. But he can run for the role of district leader — an unpaid, volunteer job that doesn't have much power, officials said.
Posted by Queens Crapper at 6:49 AM

As I remember the girlfriend wouldn't press charges. I wonder if she is still in the picture. Maybe she could run and he would be the puppet master!

This pos can't make it in the real world, too far from the endless piggy bank that is the New York taxpayer. He is undoubtedly desperate to get his foot back in the door to start reclimbing the ladder of patronage jobs and fat special interest 'donations'.

The audacity of Hubris. Goombah bully mook pile of shit. Damn right he'll win, people love to be associated with pricks like this, even if they don't know him personally. Just the slim association of voting gives dopes a semblance of a connection.

His ex was recently involved in a violent spat too. Which shows how crazy people attract each other. Good thing they did not procreate.

Is he counting the three years probation, 250 hours of community service, and one year of domestic abuse counseling of his most recent criminal conviction towards the service he is so proud of?

Some of his other skills listed on the flier:

Hey, you can't blame a sewer rat for trying (again and again)! And, given how easily led voters are today (as always!), and what passes for the complete laziness of voters themselves, he's doing what ALL corrupt, dishonest, dishonorable, disloyal and disgraced pols are accustomed to doing: Hoping for the same low, voter turnout, by voters who can barely conjugate a verb, much less even know for whom they are casting a vote.

Just look at the hubris of Anthony Weiner, for example--he's got so much chutzpah that he allowed a film crew to document his openly practiced depravity, where for $15, anyone can drop in to the IFC Center on Sixth Avenue, and see this snake in action (a sure sign that he is inching to run for the, ahem, cut (and cleaned up) version of 'Weiner Mayoralty Run 2.0)! (Oh, it's gonna happen!)

Frankly, given what passes for unchallenged leadership in city and state government, Monserrate is STILL cleaner than most, if not all, of his fellow, dirty and lawless rats in the New York sewer system that never changes!

Alan Hevesi is still in pain from all the ass fuckings he got in prison so don't expect him back anytime soon.

(a sure sign that he is inching to run for the, ahem, cut (and cleaned up) version of 'Weiner Mayoralty Run 2.0)! (Oh, it's gonna happen!)

I'd vote for him over dumBlasio at this point.

I'd also vote for Weiner or Hevesi over DiBalsio at this point.

>As I remember the girlfriend wouldn't press charges.

Then how did he get brought to trial and convicted?

The little cockroach should scurry into a dark drain.

"Then how did he get brought to trial and convicted?". If I remember correctly it was on film.

He should go back to work at the pizzeria.

POLITICIANS HAVE NO SHAME. DISPICABLE!

This prick was offering donations (Public $) to legit charities if they would in turn make a donation to one of his hand picked non-profits. Run of the mill scumbag politician.

Cuomo needs to pardon Monserrate. He is not a corrupt soul just someone who was dealing with a crazy bitch girlfriend.

His time in the nypd.......useless do nothing who complained constantly.