Council set to stick its nose into landmarking process 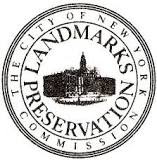 Despite a contentious fight over a package of revisions that stalled last year, the Council is again proposing a half-dozen recommendations to simultaneously streamline and expand the landmarks process. This month, the Council expects to vote on a bill creating timelines for the approval process.

The Council’s decision has drawn consternation not only among preservationists but also from the Landmarks Preservation Commission itself. At a hearing last year, Meenakshi Srinivasan, the chairwoman of the commission, called a number of the proposed changes overreaching. Ms. Srinivasan declined to discuss new proposals before any legislation was introduced, but acknowledged in a statement that some of the proposals had merit.

Speaker Melissa Mark-Viverito countered that the Council wanted to ensure the changes cannot be easily rolled back by future administrations.

“It’s something that’s overdue,” Ms. Mark-Viverito, a Democrat who represents Manhattan and the Bronx, said in a recent interview. “That’s why we’re trying to balance the needs of the preservation community with the development needs of our growing city.”

Hmmm...do we notice the landmarks in this town or the nutty out of scale overdevelopment more? I'd say the balance is tipped in the developers' favor at this point. Which is just the way the council likes it.
Posted by Queens Crapper at 6:36 AM

Both sides are incredibly crooked and biased. We must vote in a new mayor who cares.

This has got REBNY's stamp all over it!
REBNY rules. Preservation might lose!
Queens will get screwed for sure, just like we have since the landmarks law first came into existence.
This is the Wild West of over development. Can we expect any quarter or mercy?
Ain't Queens on the bottom of the list...even below Staten Island....in our number of landmarks?
Correct me of I'm wrong.

Melissa has got to go!
I wonder what Paul Valllone's position is on this.
If it benefits developers then this shady goombah developers' lobbyist is for ANYTHING that weakens the landmarks law.
Dump Vallone too! He has ALWAYS sided with REBNY, over his constituents needs for quality of life.
Look at how he's continually fucked Broadway Flushing! And exiting BFHA president, Robert Hanophy Jr. alway kisses his ass.
They're both lawyers and they bot desire a judgeship!

They will keep on hammering away at the landmarks law until they eventually get what they want.
REBNY has deep pockets. That is enough to buy every politician in NYC. They already own Queens' pols!
That is why this borough is bereft of adequate landmark designations.
Any landmarked property stands in the way of a developer's bulldozer and cash in some politico's pocket.
Peter Koo is owned. Paul Vallone is owned, etc. etc. etc. !!!

Most of the COUNCIL consists of crooked lying lawyers. You know what they are up to when they want to get " involved" with something as questionable as this.

The extraordinarily ugly Mark-Viverito is actually a councilwoman for Puerto Rico. She occasionally has lapses imagining herself a councilwoman for NYC, but then wakes up to her true constituency. Any way she can screw NYers and funnel money to her failed PR, consider it done.

Melissa reminds me of that twilight zone episode where that family of greedy sloths were waiting for their patriarch to die so they can inherit his wealth, but under the stipulation that they wear hideous masks to match their personality and character (or lack of).

These people are mentally ill and they don't give a fuck. And they are supposed to be on our side. What they are doing is a commie neoliberal version of Reagan's voodoo and trickle down economics. They think that with all these causes they embrace although being aided by greedhead developers and venture and hedge fund firms that it will benefit the masses in the long run.

They must be stopped. The blaz has to be indicted fast if it'll make the greedy council just a bit paranoid.