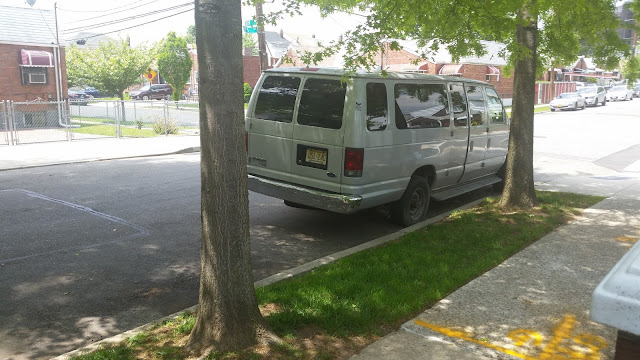 "When my wife and I moved to this neighborhood (Jamaica) back in '98, we felt that this would be an ideal location to retire. We spent tens of thousands of dollars in making renovations to our home. Now, years later, my blessed wife passed on this past January, and our neighborhood is being taken over by permanently parked vehicles by owners who have no regards for their neighbors' concerns. At present, there are two vehicles parked in front and by my house. The one by my house has been there for at least a year. The one in front, two weeks. These vehicles, who ever owns them, are taking up precious parking spots that my neighbors are sometimes having problems themselves in trying to locate a spot to park. 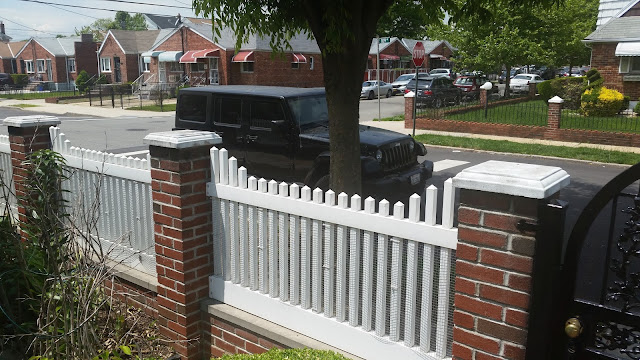 As for Mayor DeBlasio, well, he'll get his just deserts when election time rolls around. If he wins a second term it's not because the people voted for him en mass, if you get my drift. It's already apparent to me that every so-called politician who runs for mayor for the city of New York does it for one reason and reason only, PERKS. The Mayor can go on TV and talk about this and talk about that, but what he really is doing is talking out of the side of his mouth. Too many corrupt politicians claim to be for the people, but they are really in it for themselves. Every time some lobbyist or constituent with bags of money start dangling the lettuce in front of their eyes they begin to salivate and we the people of New York must suffer for their indiscretions. The guy who owns the 15 passenger van parked by my house is trying to sell it. But in the meantime, it's just sitting there. An eye sore. Worst case scenario is, if a driver happens to be coming up 175th St and can't see around it if a car happens to be coming from 176th. Although, there is a stop sign, you can't depend on the sign if the driver fails to see it or stop in time." - Anonymous
Posted by Queens Crapper at 12:57 AM

Would be great to know the exact location or cross streets. If this is in the 113th precinct area, go to http://nypd113.ideascale.com/ and post your pics and some info. If it is in the 103rd precinct, contact Community Affairs, Detective Marc Costa, he will be glad to help you out and one more thing BOMBARD your local council person.

Jamaica is a shit hole. Why even bother to post this stuff. Civilized people abandoned it years ago.

How the fuck does this vehicle not get ticketed when any other vehicle gets a ticket within 15 minutes after alternate side parking starts?

It is not just Jamaica. In Middle Village, there is a black Nissan Sentra, # 4514, that has been parked in front of the owner's house for years. This is at 65-11 79th Place. It was towed once because of this. The owner now thinks he is cute by moving the car every now and then, and replacing it with his other car, a black Cadillac with the name Schiano on the license plate. He is basically reserving this public spot for himself indefinitely, neighbors be damned. In my view, this Mafiesque selfishness permeates Middle Village. What a shame! God forbid you challenge this blatant illegality.

Anonymous--I don't think it's right to call this man's neighborhood of choice a shit hole.

As far as the van goes, it shouldn't take a year to "sell" a van unless something is very wrong with it or price is too high (common sense). Me thinks it's just there for storage. I strongly agree that these large vehicles are guilty of obstruction. I witness this in "Flu-shing" all the time. Perhaps if one really wants to get rid of the van they should post an add in the Chinese papers. It could become a "much needed" Church Van instead of the eyesore on your street. God Bless America.

Can anyone advise on how, & when to handle, report, a vehicle parked more than 7 days? Also, vehicles with or w/out plates &/or regi, inspection, by police not DSNY. Cause DSNY has done nothing, at least in North Flushing! Peter

Here in Corona which isnt exactly as good other neighborhoods, we have dozens of vehicles with 'out of state' license hogging our parking spots. States like Texas, North Carolina, and Florida. Alot of the vehicles are SUV's or pickup trucks. This leads me to believe that they might human smugglers given the large illegal alien presence in the neighborhood.

Call 311. State the vehicle has been parked for several weeks in the same location. Give the color, make and plate of the vehicle. The 311 operator should state that it will be forwarded to the local precinct.

Vehicles without plates are handled by the Department of Sanitation, NOT the precinct.

No Joe is a civilized person who should have moved out. Use your brains, Joe. It will not get any better.

If that's his neighborhood of choice, it sounds like he doesn't have many choices.

"Can anyone advise on how, & when to handle, report, a vehicle parked more than 7 days"

First off forget calling the cops, 311 etc.
Many people say a Trolley jack & screwdriver. If it ends up in the street or parked sloppy more then 20" from the curb with no registration plates it will be impounded very quickly. Remember All these scumbags are usually scofflaws so let them explain the phony plates unpaid fines and provide the mountain of proper paperwork, title, registration and insurance (all in his or her name and proper address) penalty $$ towing & surcharges to get it out the impound.

This was the only way to deal with shitheads and street flippers in Ridgewood. We had an asshole buying vans at Delaware auctions and using the whole neighborhood parking to store, showcase & re-sell them.
After Trolley jack & screwdriver the problem was re-located to a rented parking lot on Cypress ave.
These days a 2 ton trolley jack from Harbor Freight can be had for $40, 25 lbs fits under a jacket.
http://www.harborfreight.com/2-ton-compact-trolley-jack-68783.html