Developer making quite a mess in Court Square 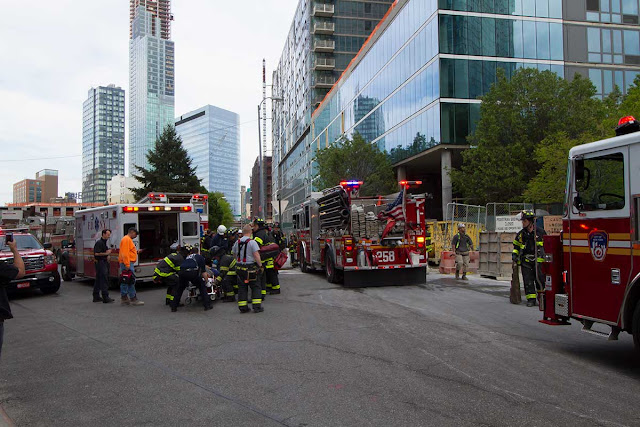 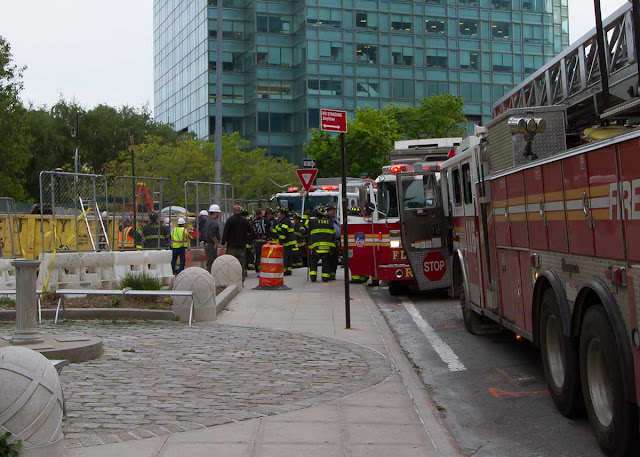 The rockrose site at court square (just north of 44th drive and the Citibank building) has become something of a neighborhood safety and cleanliness disaster and no media outlets have covered it (why would they? no one wants to take on the all mighty Rockrose).

When the exterior panels of the building were installed, they were covered in temporary plastic wrap, which was then allowed to peel off and blow into the window and streets below.

There have been several 'falling debris' events at this building over the last 2-3 months. The fire department has shown up numerous times.

Just last week, I was told debris hit a car driving on 44th drive, resulting in a large emergency response (no injuries that I know of fortunately).

How long before some of this debris hits a bus? Many people wait on this street for the Q39 bus.

On Monday at 5:30, there was an accident of some sort where a construction worker was taken to the hospital - again, this drew a large fire department rescue response. I saw no mention of this incident in the news, and work continued at the site the next day as if nothing happened.

The street surrounding this Rockrose site is also a filthy mess. I've complained to 311 and Van Bramer, and of course nothing has happened. Department of Sanitation doesn't even regularly run a street sweeper past here.

I'm hoping if you post this maybe something will be done about this fiasco, since 311 and van do-nothing obviously do not care how many people get hurt so long as the campaign contributions keep rolling in. 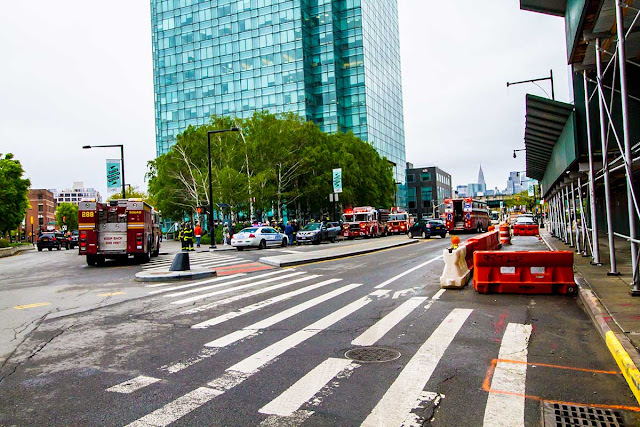 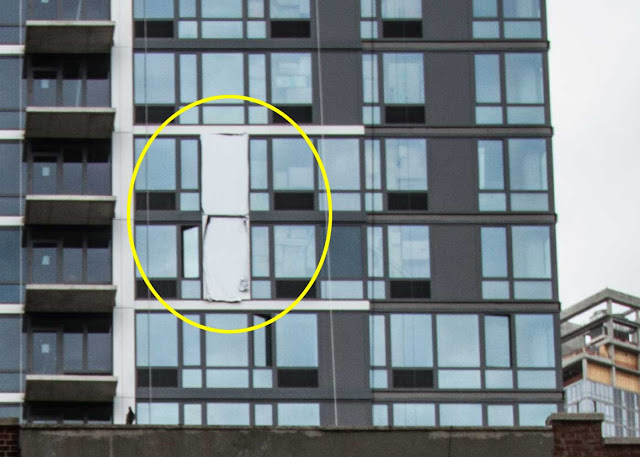 Posted by Queens Crapper at 5:36 AM

The only thing the news reports on concerning behemoth tower pestilence is when they show the plans for it and that's it. Never is the effects on the citizenry, the infrastructure or how inappropriate it will look next to every other apartment building and house that it will dwarf and block sunlight to. How local media is showing a willful disregard for informing viewers is a goddamn disgrace.

All to build some lame imitation of Dubai. Another city that worships and caters only to undeserved wealth.

In 3-5 years LIC will be too expensive for anyone to live there. There will be 50,000 more people living here ....but without any means of mass transportation. You think the 7 and N lines are bad now.....

Don't worry, someone will figure out how to blame it on the immigrants. It's always their fault.
-Donald Trump supporter

Where is Team Van Bramer?

Meeting with the Queens Library and other developers in a back room at a certain local eatery?

This is a parallel of how Harlem developed - you crowd people into expensive overbuilt housing with poor services. Sure it will be very difficult to pay for an apartment. Desperate developers facing construction loans will sell to speculators who will cram apartments with multiple families.

The real kicker is when children start to get sick from living on brown fields.

Add to this toxic stew another Sandy and LIC will change overnight to what it was intended to be all along - housing for the service underclass of the Manhattan elite.

Figures if CUNY (radical) Law School is there, nothing goes right any more

What about Jerry Wolkoff and the former 5 Pointz site?
That is another mess that was supposed to be built two years ago. Instead dust and contamination is the game. Metro Demolition company was not paid and work stopped there almost immediately after the old factory building was torn down. All of the #7 riders have put up with breathing who knows what. Jimmy Van Bramer, who is supposed to be representing the people of his district, is representing the Wolkoff's. He even pocketed $10,500 in campaign contributions from the Wolkoff family and then voted to approve their zoning variance.
The fact that back door Jimmy took mere chump change to betray nabe residents proves that he is really a REBNY two dollar whore!

Where is team Van Bramer? Sucking some developer's penis!


Voters are described as gullible, know-nothing jerks, while the only people who count are the big donors who pour billions of dollars into lobbying.

“Voters are incredibly ignorant. It’s far easier than you think to manipulate a nation of naive, self-absorbed sheep who crave instant gratification . . .”

Jimmy Van Backdoor. He will bend over for anyone who gives him money to run for mayor!
That's his agenda.

We got to keep following that library and its corruption and his ties to it.

I mean,really, a doctor that counts Vallone as one of his patients is running around telling everyone he is designing the decor in the LIC Branch?