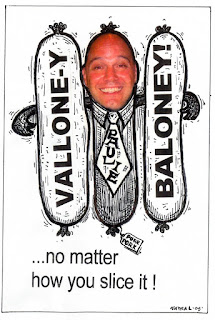 After 16 years of serving on Community Board 11, Melvyn Meer’s application for reappointment was turned down in April. And nobody has told him why.

“Nobody has given me a reason for nonappointment,” Meer, the board’s former Education Committee chairman, told the Chronicle. “The only thing I have is a letter from the borough president and it says ‘Unfortunately, at this time I am not able to appoint you for the next term.’”

When applying for reappointment, community board members submit a form to their local Council member. The borough president ultimately decides whether they are appointed and is not required to provide an explanation for her action.

In Meer’s case, the Council member with whose consultation the appointment was made is Councilman Paul Vallone (D-Bayside). Last year, Vallone supported a controversial proposal to create a high school where the Bayside Jewish Center currently is. The plan was abandoned after community outcry forced Vallone to ultimately oppose it.

"After 16 years of serving on Community Board 11...."
Sixteen years is long enough. There should be term limits for all CB members, to allow other community-minded citizens to serve.

Vallone should man up and give this fellow an explanation.

Stabbed in the back by a political mobster!
Hmmmm...maybe La Famiglia Di Vallone are more than just political mafiosi.

Here we go again, more Vallone-y baloney!
My cartoon comes back for a tripple play! Hope you're enjoying it, councilman!
Vote this chooch out!

Hey look, it's Paulie Walnuts from the Soprannos. LOL!
Fugghettabout it! His nuts are the size of dried garbanzo beans.

Man up?
When it comes to politics Vallone is a finnocchio!
Gimme some head!

Curtis Sliwa for borough president!
Her sperm donor can't be worse than her.

Bet it has something to do with an envelope of mysterious cash.

Hey look, it's Paulie Walnuts from the Soprannos. LOL!
Fugghettabout it! His nuts are the size of dried garbanzo beans.

Alas, Melvyn Meer should be grateful that he doesn't have to soil himself with all Community Board filth---as they are ALL corrupt patronage mills, unjustifiably beholden to the corrupt politicians---and, the public be damned!

It's a conflict of interest, then, for any board member to be vetted by a council member, much less anyone higher up the vacuous, city government ladder of purported public service (that repeatedly fails to serve its subjects).

Hence, community boards should be formed by the very citizens and residents whose needs are being ignored by all failed government bureaucracy in the first place---and, not endeavor to seek approvals from the same, derelict officials who continue to betray public trust and integrity---which completely nullifies the process of outside censure and public advocacy! That's why these boards are totally useless. In fact, the public good must ALWAYS outweigh the crushing weight of all private (and now, public and political) gain!

Case in point: For years, I have made strenuous appeals to Community Board 9 (Kew Gardens), for their totally beholden boardmembers to take a 'full board' vote, and weigh in on the matter of how a mad, former Borough President like Helen Marshall (and one of too many!), was able to unilaterally evict a 16-ton, public work of art and statue entitled, 'Triumph Of Civic Virtue' (without any due process, public referendum and open review), and ALL of my public speeches and pleas on behalf of the public good went nowhere---because there is always a perpetual, tacitly implied fear and paralysis to NOT 'go against' Borough Hall's 'Queen Monarch du Jour!' And, if a board can dismiss public concern over something as critical as civic virtue, then what's the point of public forum at all, when it's already bought and paid for? That's not democracy---it's outright oligarchical rule!

Likewise, with Marshall's monarchy-dictator replacement, Melinda Katz (and her incompetent staff that included Barry Grodenchik, Elisa Velasquez and Director of Cultural Affairs, Nayelli Torrent---all of whom were under the totalitarian control of their 'monarch,' Melinda), is the reason why all pretense of democracy and transparency is DOA!

And, when a community board doesn't honor the work and wishes of the community to whom they purportedly serve, then, there can never be TRUE order, free speech and democracy, as I have long ago discovered---a tragic and silent testament to the utter silence, complicity and tone deafness of ALL Community Board 9 members of epic fail---and, the reason for why the only audience members every month are the vapid, local, politically beholden, 'yellow-journalist' newspapers (and, only a handful of actual residents like me, without a voice, much less any persuasive effect on a willfully disregard to offer any pretense of public goodness).

In fact, for decades Queens Borough Hall (and their weak, ineffective and publicly betraying city council members), have formed a 'synergy' for the purpose of actually shielding all of Borough Hall's, misconduct, cover-ups and profligate, wanton waste and mismanagement---and, it's only been getting worse by the hour!

Don't waste your precious time with any and all NYC Community Boards---they so completely betray public trust and integrity (with impunity), that they now DEVALUE all honesty itself!

Prette should investigate the Vallone consulting/lobbying group. Talk about corrupt. Say good bye to Paulie, vote for anyone but him.

Doesn't everyone get the same form letters, without explanation?

Mel Meer is the civic member that Diogenes was looking for.A HONESTARTICULATE,FEARLESS citizen always reporting & expressing his facts to his fellow community citizens.The elite NYC pols. do not put up with this tyof man a voice.Iknow.Iworked closely with him trying nto have P.S.130Q returned to CSD26,after it was hi-jacked by CSD25,for 32 years.

Look at all the damage Don Paulo did when he was a CB7 member.
He'll wind up being re-elected again.
He's got the power of the machine behind him.
What wimp can challenge him successfully?
I believe in the David and Goliath story but...what the hell!

for 32years,the residents near P.S.130q have had their pupils ,who could walk to P.S.'S@no busing cost to you,FORCE BUSSED by CSD25/Dist.75,P.S993 S.E.,to P.S.'S 1 mile away.The locals were exiled with a possibly illegal lottery scheme to bring the main St. pupils to Aub/Bayside.Bhara should be probing this disgrace by the D.O.E.also,the large buses exiling the locala are destroying the 42nd ave . mall/curbs and no one will fix them .Our property taxes are shuttled to other preferred areas.P.S.993 belongs in a space for 30-40 buses to park .only 35 pupils are enrolled from the boro anyway,taking space for 260 seats .?