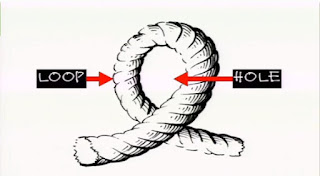 Mayor de Blasio's Campaign for One New York fund hit a trifecta on May 27, 2015 — courtesy of lobbyist extraordinaire James Capalino.

The group first received a $10,000 check from Capalino. That same day, identical checks arrived from two of the lobbyist’s deep-pocketed clients, RAL Development and Cipriani USA, for a total of $30,000.

And the very next day, Capalino was on the phone with the man himself — Mayor de Blasio.

Not bad for a guy who, as a lobbyist doing business with the city, is barred from giving more than $400 to a candidate per election.

The mayor’s website and Capalino insist the phone chat concerned a proposed (and ultimately failed) helicopter ban, and Capalino says donations to the mayor’s cause never came up.

Whether anything else came up remains a mystery as City Hall refuses to say whether notes of these lobbying chats exist.
Posted by Queens Crapper at 6:15 AM

Catch me if you can laughs the stoned mayor of NYC

Alas, a speedy, de Blasio impeachment is the only cure for flagrant abuses of public trust and greed (for which there IS no cure), followed by a 'meet-and-greet' by Preet (Bharara, that is)!

And, it can't happen fast enough! As for the last 2.5 years of citywide human misery, under the collapsed-from-the-gate direction of the very worst mayor in New York City's history, every time I believe that it can't get any worse, it's de Blasio himself who proves to me that it IS getting worse by the hour. Never have I seen a case of a publicly elected official (by default, no less!), who has completely betrayed all pretense of public trust and integrity, that he now DEVALUES all honesty itself---to pathologically traitorous effect!

And, the public be eternally duped, bilked, scammed and damned! Impeach this empowered idiot forthwith, before he obliterates our ALREADY (and profoundly) ravaged city to smithereens!

Mayor Big Slow aka "02664055D" must read these daily news and posts on him and must have a big smug smile on his fat face. He has certainly learned a lot about hubris and hypocrisy from his political heroes Castro and Manifest Hillary.

I have lost what little patience I have (and it's fucking little, from living and dealing with injustices all my life in this fucked up town) waiting for the indictments. It's starting to have an effect on the streets with violent crime going up. There is a palpable feel of anarchy in the air that all decency and common sense barely exist. And it's because of this goddamn pile of shit in city hall and all his bankster and sociopath lobbyists that he appointed to deputy mayor and city planning positions. And that doesn't even count the "agents of the city", a collective of worms that should be imprisoned or publicly humiliated by the citizenry for their putrid offenses and the reshaping of neighborhoods in addition to the replacing of the citizenry into destitution.

The shit has to hit the fan now.