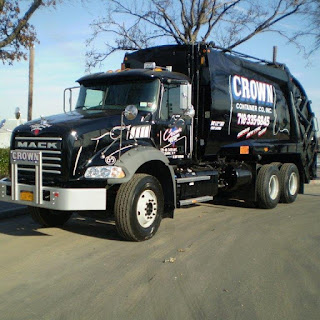 The city Department of Sanitation has placed city trash receptacles at the Prince Street triangle under the “Adopt A Basket” program after forcing the Greater Flushing Chamber of Commerce to remove trash bins donated by an area company to address the trash problem.

Crown Container Company installed the industrial-strength bins and agreed to empty them daily as a free community service to address the proliferation of trash at the intersection on Prince Street and 37th Avenue in downtown Flushing.

But after the Sanitation Department met with Councilman Peter Koo (D-Flushing), the chamber was forced to remove them. The trash bins each cost more than $600.

Simon Gershon, president of the Greater Flushing Chamber of Commerce, reached the agreement Monday with Ignazio Terranova, who was representing the Sanitation commissioner, which was announced at a news conference at the triangle.

So, the logic is that a private company can't put out trash cans because they will attract household garbage, but the DSNY can.

Why doesn't the de Blasio administration just admit that they are pissed at Crown Container for kicking the city's ass at Willets Point and they couldn't stand to be embarrassed by them again?
Posted by Queens Crapper at 6:45 AM

Why couldn't the Flushing BID or Chamber(s) of Commerce handle this on its own with the huge budget that it oversees? Where is all of that money going? How much are their administrators getting paid?

All of these "Business Improvement Districts" are just another good o'l boys club and inefficient use of money.

Again the business owners and taxpayers must pay the price...

Alas, where are the mega-size trash cans at City Hall and Albany---the stench of filthy graft, greed and corruption that never ends by all top (and mid-level henchmen---and, the politicians who own them), is creating a toxic cloud of societal collapse and anarchy that is unprecedented, to date?

Impeachment, impeachment, impeachment---keep saying it and keep demanding justice, fellow citizens---and never give up, neer give in, and never take 'NO' for an answer, whenever any and all public goodness is at stake. And, right now, the stakes just can't get any higher (or worse)---it's CLOBBERING TIME!

"And what country can preserve it's liberties if their rulers are not warned from time to time that their people preserve the spirit of resistance? Let them take arms. The remedy is to set them right as to facts, pardon and pacify them. What signify a few lives lost in a century or two? The tree of liberty must be refreshed from time to time with the blood of patriots and tyrants. It is it's natural manure." -
Thomas Jefferson

You have in Flushing a proliferation of organizations purporting to be "improving" Flushing.
How much "improvement" is visible? The streets are dirty and greasy. The hot weather is bringing up the nasty fragrances that the hub is famous for. Peter Koo must think it's O.K. because he's been sitting on his hands for years. BID, Chamber, etc.
you are ALL getting paid to clean up Flushing's act. CLEAN IT UP,

John Choe collects TWO salaries. One from the Chamber of Commerce and the other from One Flushing.
Something else stinks besides Flooshing's street slime.

Flooshing is a Taiwanese-Chinese colony.
They are used to unsanitary living conditions.
Spitting and snot rockets are their low class trade marks.