Rapist scared off in Whitestone 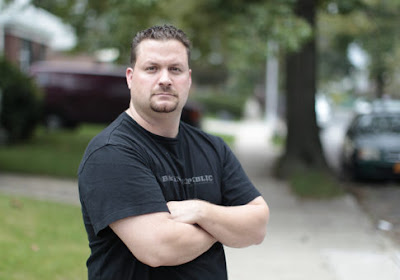 Racing to rescue a helpless woman from the clutches of a would-be rapist, Bryan Teichman had just seconds Wednesday to decide whether he should start yelling - or revert to his Marine training and attack the man.

"My gut said to scream first, to avoid the conflict," said the 31-year-old Queens resident. "So I screamed, you know, some profanities, but basically: 'Get off her!'"

That was enough, police said, to send the suspect running - and for Teichman to be hailed as the city's newest hero. 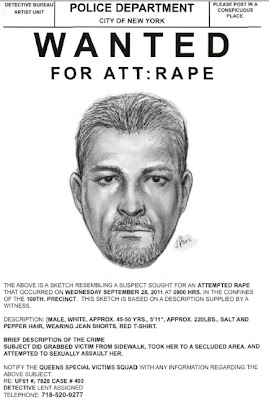 the rapist will be back, just like the rest of the shit that flows in your cesspool city

Where in Whitestone did this happen???

When they catch him, they should castrate him with a blunt object and then cut of his tongue so that he cant utter a sound ever again. Then they should cut off his left foot and half his left leg. Amputate his right arm and his left hand. this way this animal can never harm anything ever again.

I hope our elected officials honor this guy for saving this womans life. I am sure they will.

I invite all the Whitestone Civic and Community groups to get together and thank this guy as a community.

He is a fine example of what our community is about and what all communities should be about. Helping eachother out and not turning a blind eye.

Uh, does it not strike anybody as very strange that the artist's depiction of the rapist looks EXACTLY like this guy????

Brian doesn't have salt and pepper hair, his eyebrows and width of his jaw are different and he wasn't wearing a red shirt and jean shorts.

this is a great man for geting involved

I hope our elected officials honor this guy for saving this womans life. I am sure they will.

I invite all the Whitestone Civic and Community groups to get together and thank this guy as a community.

He is a fine example of what our community is about and what all communities should be about. Helping eachother out and not turning a blind eye.

Great Job! - but I don't know that I would want the reqard of my picture under the title "Rapist ..."

I'll let an anonymous comment left on a NY Times blog speak for me:

“Whenever terrorists attack one of the first things the left worries about is that the victim will "overreact" in their response.

This same line of thinking is how the left became known as the party soft on crime. Whenever someone is raped, the left just wants to make sure that the rapist is not handled roughly by the arresting officers, that the rapist is questioned properly, that people understand the rapist had a tough childhood, that people understand the rapist could have gotten help but Reagan cut the program which would have helped him, that the rapist gets a fair jury, judge and trial and that the rapist does not get an unfairly long sentence, and then when the rapist gets out that he is not unfairly discriminated against as a sex offender in the community, and you know those sex offender registrations go too far and make it so those poor rapists don't get a chance to rehabilitate themselves, and on and on.

This is always the first instinct of the left: to worry about the rights of the offender, what caused the offender to do what they did, and finally to make sure the offender is not subjected to an overzealous retaliation. This--among other things--is why the left is perceived as soft on crime and soft on National Security.” –

And where was that "competent police force" at the time of the attack?

When a nabe makes it its business to put out a vibe that it's tough and will take care of its own....would be criminals tend to shun it!

And that's a well proven fact.

And it ain't the police force that's doing the main protecting there.

Thing is we have a sick individual on the loose in the neighborhood. We all need to be vigilant and keep our eyes open. If you think you see this vile piece of shit, call 911 immediately.

Plaster the area with flyers, watch out for each other, and be alert.

He needs to be caught and he will. Again the guy who helped this woman did what needed to be done, the only shame is that the Police didnt get there in time to catch him. Lets hope he is caught before he strikes again. Stay alert.

Remember the guy in Brooklyn who did the same thing to a guys sister? No you dont, why? because we took care of him ourselves. nothing elsed eva happened here.

The good samaritian does look alot like the rapist...I thought I was the only reader who thought that....really weird...