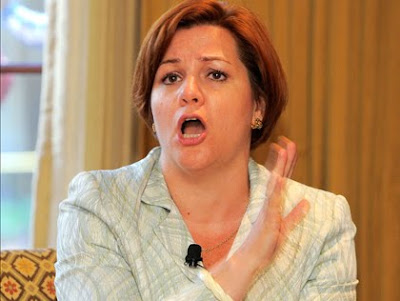 More than a dozen City Council members have skirted laws, bent rules or used their positions to benefit themselves, a Daily News probe has found.

A three-month investigation found Council members who dodged taxes, violated the city's housing and building code, circumvented regulations to get cheap housing and, in one case, even ignored criminal bench warrants.

As part of the probe, The News reviewed thousands of pages of records regarding judgments, liens, tax history, property ownership, building and housing code violations, campaign finance and financial disclosure.

And while the Council's 51 members - one of whom is under indictment - routinely make laws on everything from smoking in public to recycling trash, The News found many have a history of ignoring the letter of the law.

Confronted by the News, several Council members admitted they'd made mistakes in judgment and promised to rectify them.

"There is no excuse," said one.

"To me, my integrity means a lot," said another.

Wow, who would have thought? One of them is a slumlord! Of course, Quinn and Bloomberg played defense after these tidbits were revealed. My favorite Daily News revelation was about Ruben Wills having 2 outstanding arrest warrants.

Outstanding, sir! But then again, he was out there campaigning in full view, his whereabouts fully known. So what does this say about law enforcement that they failed to pick him up, especially when this happened?
Posted by Queens Crapper at 5:18 PM

What a shocker. What's your next story going to be, that the sky is blue?
If they had any ethics they wouldn't be in local politics.

"Outstanding, sir! But then again, he was out there campaigning in full view, his whereabouts fully known. So what does this say about law enforcement that they failed to pick him up, especially when this happened?"
- - - - - - - - - - - -
The answer is simple: DA's do not go after pols favored by County. Not when they depend on County for their re-elections.

RING! RING! THERE IS A BIG QUEENS COUNCIL PERSON ABOUT TO BE INDICTED.

What a bunch of clowns!

Too busy arresting/pursuing people for marijuana is what the city/government/authorities are doing.

Bend-over-Quinn has "accommodated" Bloomberg so often that the Port Authority will never have to consider opening another cross Hudson tunnel!

"Liver lips" Quinn wants to be the next mayor of New Amsterdam...that's why she always drops to her knees as soon as Bloomhitler appears.

There are more dykes there!

I wish the Daily News would do a sweep of Albany next.

And Evan in a tough gen-pop cell block?

Maybe he likes it rough.

I can't imagine how the other inmates will feel after they get a whiff of her stench. Can you say mass jailbreak???

"I wish the Daily News would do a sweep of Albany next.

Nothing shocking here. By the way, where is Captain Renault with his insight?

Nothing shocking here. By the way, where is Captain Renault with his insight?

The Staviskys had that Daily News story squelched as usual.

Toby probably threatened the editor with getting her friends to pull their advertising if they didn't kill it.

And there goes some hefty revenue for the Daily News.

That's the way those Stavs have always operated with the Queens weeklies!

Evan used to rant and rave to Steve Blank (former publisher of the Times Ledger papers) every time there was an anti-Stavisky piece running.

They even stole some papers off the streets in the 1980s featuring articles they didn'y like.

The Stavisky family is nothing less than a bunch of self centered, common, criminal street thugs, who will resort to anything to maintain their dynastic control of Queens politics!

It's time to empty the trash bin by dumping them!

This is where corruption breeds.

This is where the Staviskys might have laundered their foreign campaign money for decades at the expense of the elderly.

Why do they take in far much more money than the pittance they eventually dole out to the seniors?

OPEN UP THEIR BOOKS for inspection!