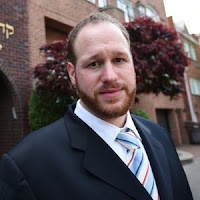 A Brooklyn legislator who has previously proposed several measures to relax parking regulations has a new idea -- allowing parking at broken fire hydrants.

To identify the nonfunctioning hydrants, City Councilman David Greenfield wants the Department of Environmental Protection to paint them green.

For wily drivers thinking about keeping a can of green paint in their trunk, Greenfield, a Democrat, is adding language in his bill to make it illegal for anyone but a city employee to paint a hydrant.

Skeptical city officials say the bill wouldn't open up much curb space, because only 452 of the 109,000 hydrants citywide are inoperative.

How about when the hydrant is missing?
Posted by Queens Crapper at 12:10 AM

What about when there's been graffiti on the hydrant for months and you've called 311 and nothing has happened so you just paint it yourself?

How about reducing the no-parking area around the fire hydrant? does the Fire Dept really need all that space? This would open up a lot more parking spaces.

How about fixing them instead of painting them?

Big Hairy Balls is back! Did you miss me?

they're lying! NONE of the fire hydrants are working because the drug dealers open them up in the summer time.

parking addicts, once again trying to make us less safe.

I'm all for it: either fix them or remove them altogether. And also paint borders on the curb to mark the area forbidden for parking.

No hydrant or none working = free parking! I like it!

Why doesn't this asshole do something useful with his time and GET A REAL FUCKING JOB.