Originally, I was going to make fun of the costumes Bloomberg wore during his sketches for the annual Inner Circle show. I mean just take a look: 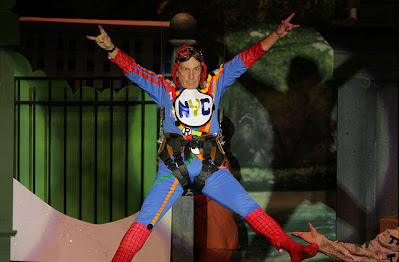 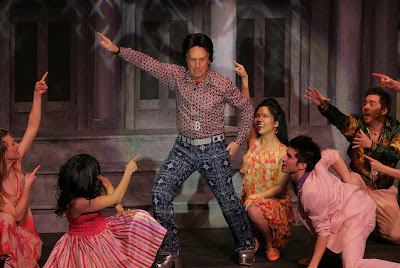 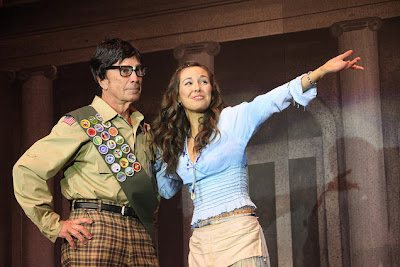 But then I saw the photos of a sketch that made fun of the administration's lack of responsiveness during and after the December 26th snowstorm. 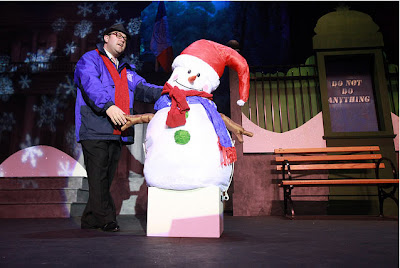 So it appears that the mayor and his butt kissers tried to turn their negligence - which resulted in people's deaths - into cheap laughs. They think it's appropriate to crack jokes about that? And the members of the media laughed? How utterly tasteless.

I have news for you all: IT'S NOT FUNNY, ASSHOLES.

Photos courtesy of Gothamist.
Posted by Queens Crapper at 12:55 AM

Was this show for money ?
Gene Simmons owns the trademark on those 3 point hand gestures. Gene will go after him if licensing wasn't bought

This show was to get people to like Bloombucks again. He knows everyone hates him.

This show was to get people to like Bloombucks again. He knows everyone hates him

Waste of money. We still hate him!

I love how he tries to make people think he has a sense of humor. Where is his crown and septer? Must have left that skit out.

scepter or sceptre, you proud product of the New York City schools.

Remind me of who, exactly, died? We were inconvenienced, best not to let too much time pass and allow this sort of myth-making to begin.

Ask families of Michael Halberian, the Forest Hills woman whose mother died waiting for an ambulance and the newborn who died in Brooklyn.

"We were inconvenienced, best not to let too much time pass and allow this sort of myth-making to begin."

Were you in Bermuda with Bloomturd when this all went down? How fucking clueless can you be? Try this on for size and then realize that the contents of the Steinway Mansion are being auctioned off right now because the city didn't plow and the owner died gasping for air out in the snow.

He's so gay, it's unbelievable.

There are enough people around Bloomberg to tell him he's wonderful and the best mayor that New York City ever had to last a lifetime. He's insulated.

Jeez...
Bloom-doofus looks more stupid than that old S&M queen, the late Malcolm Forbes, did in his get up...straddling his big Harley.

Bloomberg's a no talent drag queen!

You ain't gonna make the Lido revue in Paris with those legs.