Old timers get around the earmark ban 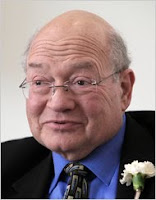 Congress pledged to usher in a new way of doing business in recent months when it banned earmarks, the widely criticized provisions that lawmakers insert into huge federal budget bills to pay for pet projects back home without much, if any, public oversight. The ban was one of the promises made by a newly elected class of conservatives in the House.

But, as it turns out, lawmakers still have a way to get their favorite projects funded: appealing directly to federal agencies for money that is already available. And agency officials seem to be paying attention, though an executive order has directed agencies not to take on projects based on the recommendations of members of Congress. In some cases, that may be the result of the clout certain lawmakers have over how much money an agency receives.

Some lawmakers say the earmark ban has left them no choice but to go directly to the agencies. “We have to make an end run around the roadblocks we are facing,” said Mr. Ackerman, a 14-term incumbent. “Those of us who are fast on our feet will have the advantage of being able to deliver for our constituents.”
Posted by Queens Crapper at 12:16 AM

Allowing a crook like Ackerman...with his connections to Selig Zeisis, the Queens Tribune's Michael Nussbaum, etc. to enjoy 14 consecutive terms...is the problem.

Dump Gary and many of the other problems he's stuck his constituency with will vanish with him overnight.

Once this sleazy scum bag's ties to Asian campaign contributions are severed...he's finished.

And when he tumbles...the Queens clubhouse will roll down hill like Jack 'n Jill.

Then state senator Toby Stavisky won't be able to use the North Flushing Senior Center for her nefarious purposes.

She's made sure that they get a bundle of money but seems the center spends peanuts on the poor seniors.

Senator Moby is cast in the mold of Brian Mc Laughlin who stole from his own little league ball team.

Now it looks like she's stolen from the old folks!

Where the hell are you FBI agents?

You must be reading all this.

So start handing out some more indictments!

Isn't it convenient that Gary Hackerman is on the Asia committee?

Wouldn't that make it easier for him and his associates to launder Asian money so as to feather their nests?

Who's the real quiet little Chinese connection behind the scenes who's been greasing the flow of yuan into U.S. dollars...Wellington Chen?

The only time you can spot his elusive face in the news is when he's caught on camera with that mega-thief Claire Shulman!

Why is EDC so cozy with TDC?

It seems they want to control that whole swath of turf between Willets Point across the river to downtown Flushing.

Flushing was slated to become a Chinese colony from the days before Donald Manes committed suicide.

That'll put Ackerman in jail where he belongs.

Maybe they'll recover the money he stole from the student organization he was treasurer of when he attended Queens College.

Oh puhleeze. I can't be bothered with such petty things. I'm too busy trying to find profit streams with our new war in Libya. At least no one can accuse me of voting for this war. Obama just went out and did it per the UN. Oh by the way, Bloomturd just bought the Constitution and is using it as toilet paper. Such a deal! That's all it's good for anyhow.

Anon No. 4: didn't someone see him hanging out with Elvis the other day?

It's good to be king!

Hey Gary! I want my fiddle back!!!

Ya don't have to tell me.

At least no one is getting on me for my other job. Speaking of which, Moby, if you're reading this, your check for the Trib ad bounced...again! And you spelled Oedipal wrong.

And you spelled Oedipal wrong.

The House passed this short-term continuing resolution funding government operations through April 8, 2011. The measure cuts $6 billion from the current budget. The Senate passed the resolution later in the week.

The House voted to rescind $1 billion in unspent funds designated for the Neighborhood Stabilization Program, which provides grants to state and local governments to purchase abandoned or foreclosed houses. The Senate is unlikely to take action on the bill.

The House passed this bill that would prohibit public radio stations from using federal funds to purchase programming content from NPR. The bill is unlikely to see action in the Senate.

The House defeated this resolution calling for the withdrawal of U.S. forces from Afghanistan no later than the end of 2011. Significant troop level reductions are not scheduled until 2014.

Is Gary a Democrat or a Hypocrite? And YOU don't get to decide!

And he could use a little pruning from the FBI!

Between Taiwan and South Korea Gary's hooked up good for laundered campaign contribution money 'til he's in his 80s.

Maybe he'll eventually be buried next to Sri Chinmoy or is that spot reserved for Jim Gennaro?