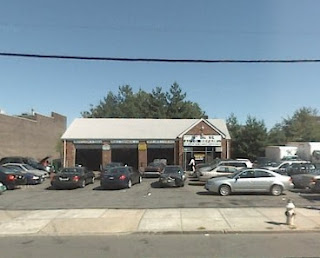 Community Board 8 was bitterly divided over an owner’s plan to extend a commercial overlay on 164th Street and ultimately decided to vote against the plan during its monthly meeting last week.

The board voted against the proposal by a vote of 19-15.

J&H Management Construction, which operates an auto repair shop at the site at 69-15 164th St., is seeking a change in zoning on the block so a two-story building, with one floor of retail and a second floor of offices and a lobby, can be constructed on the lot.

Joel Fisher, president of the company, wanted to speak at the meeting but was denied because he had not signed up for public speaking time.

Steve Konigsberg, chairman of CB 8’s Zoning Committee, said the body voted 6-2 in favor of the change but that he voted against the proposal because of “reservations with promises and assurances” by the owner.

CB 8 member Kevin Forrestal said the applicant was asked to cooperate with elderly neighbors on the block but there had been a “lack of cooperation.”

Forrestal said the management company should seek a variance instead of changing zoning on the block.

“To give a change in zoning ... is inappropriate and we should vote this down and leave the option to the applicant to go another route and ask for a variance,” Forrestal said.

CB 8 member Pat Dolan said changes like the one the applicant is seeking is happening more frequently, citing Northern Boulevard in CB 11 and College Point Boulevard in CB 7.

Someone remind me again why we have zoning if developers can come in and change it?
Posted by Queens Crapper at 12:19 AM

cpb 11 sure needed a VITAMIN SHOPPE AT NORTHERN BLVD. & 206th street, instead of a gas station.

...This BUILDER and his bank friends buy old gas stations, shut them down, cry "rotten timber s" to plow them.

This shit gets stopped and L.I.C. and Astoria turn into Shanghai II.

How long have all three of you guys been speaking English?

Hey, I know this repair shop. They seem to do pretty good auto work. But I didn't know a construction company owns it though. I guess they own the land???