CB7 owes everyone an apology 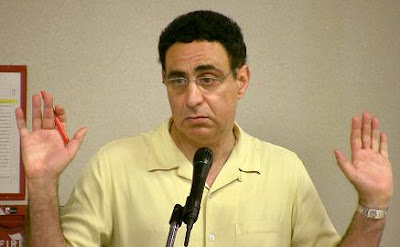 We read the Feb. 10-16 Times Ledger Newspapers article “Tale of CB 7 and Feinstein a ‘feel-good story’: Apelian” and were a little taken aback.

To date, Apelian, Eugene Kelty, Bitterman and Bob LoPinto — who called several of our members saying he was investigating the Bitterman comments — have not contacted us about the “investigation.” Our city councilman has said to date that “his office is not charged with oversight of community boards and therefore will not inquire about the investigation.” As our elected official who appoints community board members, we find this rather disheartening.

How is it that CB 7 “investigates” itself and does not report the results to the people who requested the investigation and were directly affected by the behavior being investigated? No one is being held accountable for the abuses being committed by our “community” board. Apelian is quick to request public apologies, but none are forthcoming.

CB 7 under the leadership of Apelian, Kelty and Bitterman has:

• ignored a decision by the state Committee on Open Government, informing it that they were in violation of FOIL and were to make requested records available immediately;

• made comments showing a disregard for human life to a Metropolitan Transportation Authority official — specifically the life of the president of an organization which has an active issue with the board regarding human safety and quality of life;

• conducted a community survey over the objections of one of its committee members who was not allowed to see the survey or know its wording before it went out;

• sent out the survey after several objections to its biased wording; and

• accepted the flawed results of the biased survey, in which we have counted over 15 discrepancies and currently have an expert reviewing the results.

There was no “misguide” on our part — we simply ask that if CB 7 is looking for apologies, it should give them as well. Or it could abide by the rules and act in the best interest of the community it represents.

I'd say BRING IN THE FEDS but I'm sure Ackerman is protecting the whole lot of them. Where's justice when you need it? The law favors those with the deepest pockets, doesn't it?

Some years ago, Kelty/Apelian got the CB7 Board to repeal term limits, allowing them to stay on ad nauseum.
The Board is too terrified to go against the leadership will.

The decision to allow or disallow term limits on Community Board members and management should not be in the hands of the community boards but should be decided by referendum and by the people. To allow them to continue to hold lifetime "unpaid" positions is foolish and opens the boards up to influence pedaling by every developer and special interest group that has an interest to make money in our city at the expense of our communities. Term limits,yes; smaller boards, yes; and change the bylaws to make it easier to remove abusive and ineffective members and staff. More oversight.

They're in an apologetic frame of mind only after they've been gotten caught in the act of screwing the pooch!

Isn't it time he retired from both from the department and the board?

We already know that Chuck won't give it up 'til he's indicted (which might be soon...heh, heh)!

Ring, ring!
Thanks so much for returning my call Agent "X"!

A swiftly flowing stream does not allow water to cling to the rocks beneath it.

The feds don't care because the general message from Washington DC is:

"Don't offend the Asians (though they seem to be the prime source of a lot of corruption). We need them as a trading partner".

For instance:
"Big tobacco" sells more cigarettes (and cancer)to Chinese smokers now than they ever did in the USA.

How many orally obsessed Asian males with a smoke gingerly clutched between their? lips have you spotted today

Forget the apology...
just dump the damned board!

Now if we only had an honest director of community boards at borough hall, they'd already all be toast at CB#7!

Just learn to be patient, you Westerners in the Oriental manner.

Sooner or later some smart young federal agent...wishing to make his bones in the bureau...will crawl his way up Chuck & Gene's asses and they'll both wind up in the penitentiary exercise yard playing catch ball together!

You can drop the word "catch".

Today they're serving Crap Lock Soup at the North Flushing Senior Center. Be there or be square (like the Crap Locks). See ya there. Hey Gene, are we gonna hook up again?

They aren't elected. However, they seem to support a lot of erections!

I love the photo of Apelian surrendering to the police!

Cop to Apelian: You're under arrest!

Apelian: Good! I could use a rest.

Does that photo make my wig look tight?

I love how this piece of shit plays the hand over mouth "im shocked" routine. The letters were misguided? Hey Vallone hack, you do realize that these "Misguided" people are people of the Community you "represent". If they are misguided, maybe its due to your guidance. Maybe just maybe they are correct, after all it was several letters from several different groups. No?

Can anyone explain why with people like Alfredo Centola, we are going to get stuck with Paul Vallone or worse Halloran again?

This guy is like a Pit Bull but for his neighborhood. He has gone toe to toe with the CB, the Councilman and appears to beat them at every turn, yet they continue to do what they please.

I would vote for Al Centola , I say we start a write in movement next election.

I've never seen Kelty with a beer. He goes for the stronger hooch.

HA! I have a flying rug...especially on a windy day!