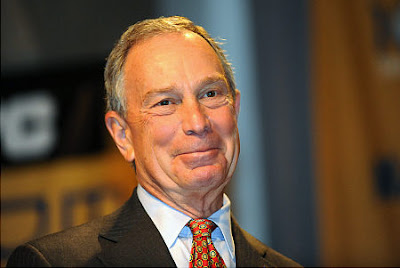 The biggest loser in the mayor’s 2011 budget: the city’s libraries.

When Mayor Michael R. Bloomberg proposed his financial plan for the next year on Thursday, he called for 834 job cuts. More than a third of those — 299 — would be library employees.

Who is shielded from the budget ax? Police officers, firefighters, sanitation workers and correction officers (whose employees are generally the highest paid in the city).

Oh, and the mayor’s office. It would not lose any of its nearly 500 workers. In fact, it has added a few jobs in the last few weeks, to make room for former staff members of Mr. Bloomberg’s re-election campaign.

So far, Comptroller Johnny, our fiscal watchdog, has been mum on this abuse. However, he is stating that we're gonna get socked with yet more taxes.

Photo from the Daily News
Posted by Queens Crapper at 12:33 AM

Kids today are stupid...they barely can read or even use a computer for learning.

I dont care how poor you are people give away perfectly good but old computers everyday on CL.

Plus who cant afford basic internet.....even net zero is free or $10 a month...so there is no excuses anymore.

This is why we are in the trouble we are in. I post an article that very clearly points out that the mayor is putting his campaign people on the city payroll while cutting taxpayer services, and you zero in on libraries with an extremely dumb argument about internet use.

The libraries are PACKED when they are open, especially in the denser neighborhoods. They are needed. Bloomberg's cronies pushing paper are not needed.

is it true that Norman Hsu (convicted federal embezzler) wants the donation of $1000.00 that he gave to John Liu ,returned to his prison cell?

I use the library to borrow new release books and dvd since I can' afford to buy them. Also to read all the periodicals. shame. Liu is stupid. Yes, he keep stating he has a master in something but he is book smart only. Have you heard him speak. the man is a buffoon. He says the stupidest stuff. Anyhow, he are fucked. Bloomberg has stolen our money and people are so stupid that they believe he is serving our best interest. fucking dumb ass voters.

Have you heard him speak. the man is a buffoon. He says the stupidest stuff.

Yes, true, but for some very very odd reason they have this guy show up everytime a pol flushes a tiolet in front of a camera.

Next mayor? Money from the Far East?